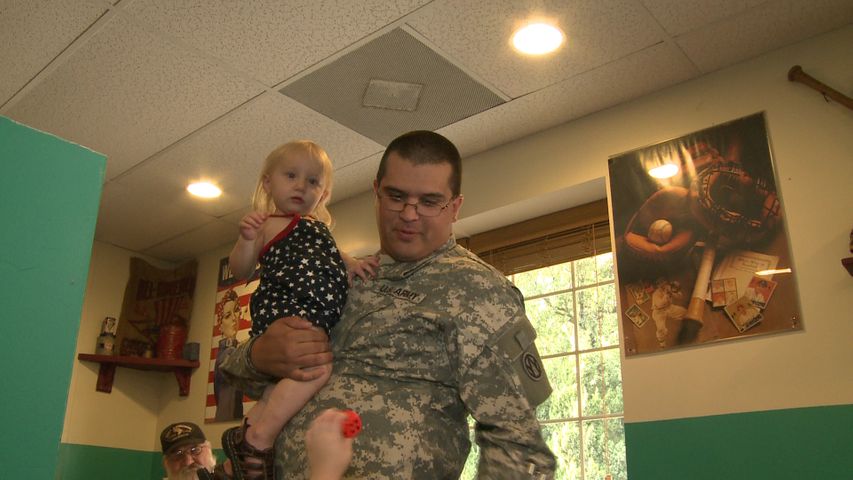 FULTON- One Fulton family had an extra special night Wednesday. Soldier Christopher Crespin came home after a year touring in Kuwait with the U.S. Army.

The family met at the Diner 54 in Fulton for dinner on an ordinary Wednesday night, but for Christopher's wife, Heather, it was extraordinary. Heather didn't know Christopher was even home.

When Heather got there she sat down and looked at the menu. As Christopher came out with a vase of roses, Heather sprang up and ran to her husband.

Overcome with emotion, they met in a tearful embrace. This was the first time Heather had seen her husband in more than six months.

Christopher's sister-in-law, Stephanie Worley, set up the surprise four months ago. Worley said, "It's just a special occassion, and it's so wonderful to have someone in our family serve."

Christopher doesn't know how long he will be home for, but hopes to get a job in town and start a family.