Some concerned with fuel source of new gas station 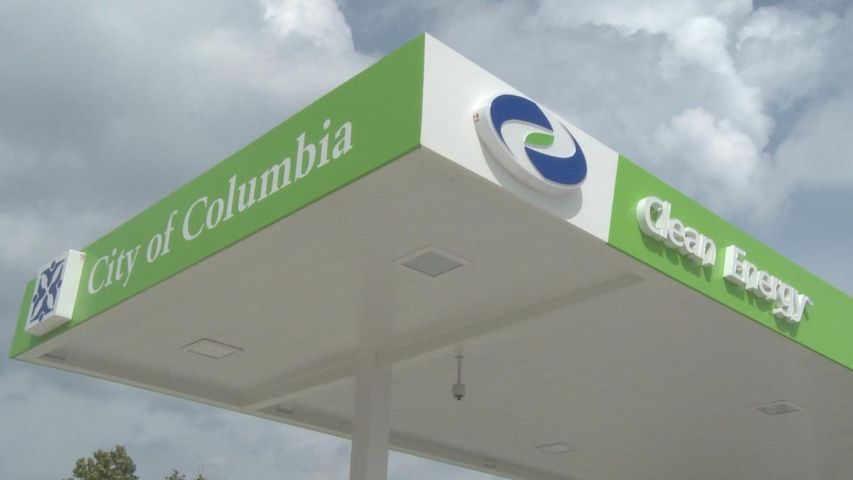 COLUMBIA - The new compressed natural gas station in Columbia is projected to save millions of dollars for the city, but some people are worried about the way the gas is being produced. Some fear hydraulic fracturing could be involved.

According to the EPA, hydraulic fracturing is a well stimulated process used to maximize the extraction of underground resources. In this case, the resource is compressed natural gas.

Basically, drilling companies send liquids made up of sand, water, and chemicals down below the Earth's surface until it hits shale rock. When the liquid gets to the shale rock, the pipe extends horizontally and the high pressure of the liquid breaks the shale rock down to release compressed natural gas that is then extracted for use.

Many Columbia energy experts agree that the recent increase in fracking around the United States is why the natural gas prices are lower and can be linked to big savings for cities with compressed natural gas stations. Fracking is the easiest and most cost efficient way for drilling companies to get natural gas.

Some people are concerned about the chemicals used in the process and the potential dangers they present.

Associate Professor of Obstetrics and Gynecology Susan Nagel has been studying the effects of hydraulic fracturing, or fracking, on human health and development for four years.

"We are very concerned about the potential for human exposure and wildlife exposure to these types of chemicals," said Nagel. "These chemicals are associated with infertility that are associated with changes in behavior, particularly when babies are exposed when a mom is pregnant. They can mean lifelong changes in behavior and the ability to get pregnant and increase the risk for cancer."

There are 750 compressed natural gas stations in the United States and that number is projected to grow according to energy experts.

A Columbia energy expert said knowing just where and how all of the compressed natural gas comes from is hard to determine because many drilling companies contribute to the pipeline source.

When asked if Clean Energy had anything to do with hydraulic fracturing, Grace said no. But when asked if the drilling companies they do business with did, he didn't have a definite answer.

"We just buy the gas, we don't know how it's produced," Grace said.

Fleet operations manager for Columbia Eric Evans said hydraulic fracturing has nothing to do with the new compressed natural gas station in Columbia.

But Nagel said they could be connected.

"They are loosely associated," Nagel said. "A quarter of the natural gas in the states right now is produced by fracking or unconventional drilling."

Third Ward City Council member Karl Skala said fracking and its effects still need to be investigated, but in the meantime the city should take advantage of the diversified fuel options available.

"From a city policy perspective, I'm not as worried about fracking as I am about the cost of fueling some of our vehicles," Skala said.

Skala said the city estimates saving $1 million a year on fuel for its fleet by using the compressed natural gas in vehicles.

The city has a 15 year contract with Clean Energy. When that time is up, the city can chose to renew the contract, buy the station, or close it.