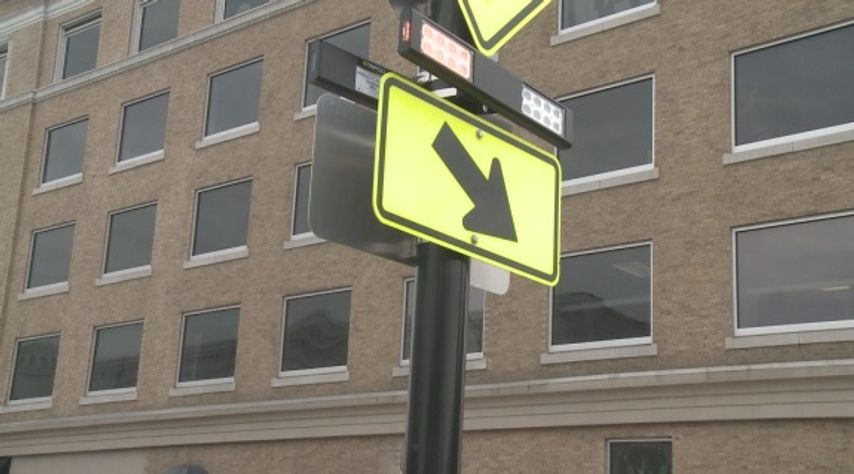 COLUMBIA - Pedestrians are saying their lives are at risk when they cross the street in Columbia, despite the city's new flashing crosswalk installations.

A traffic engineer with the city said there are currently three crosswalks that use flashing lights to warn drivers. One of the crosswalks on Rogers Street has given students at Columbia College trouble. Luana Nascimento, a student there, said she crosses the street several times a day.

"There are people that just fly by even though you're standing right there,"  Nascimento said. "I've had the experience - I've almost gotten hit at least five times."

The city said it's up to drivers to obey the law, "Once you enter the crosswalk it's the driver's responsibility they have to yield to pedestrians within the crosswalk and that's a state law," engineer Lee White said.

Other students are more worried about their friends.

"Sometimes the beep doesn't sound and I'll occasionally walk with a friend who is blind, so it's difficult for her especially to tell when it's safe to cross," Gabrielle Mistretta said.

Both students said they've seen others in danger too.

"Almost every day someone comes into our office and is like 'I almost got hit crossing here,'" Nascimento said. "People just wait until the last minute to slow down or they just keep going."

The city most recently installed a motion-activated flashing crosswalk in front of the courthouse on Walnut Street. The Public Works department said the crosswalks are well-intended.

He said crosswalks are installed based on demand. The city has no definite future plans to install more. Meanwhile, students say it's only a matter of time before someone gets hit.