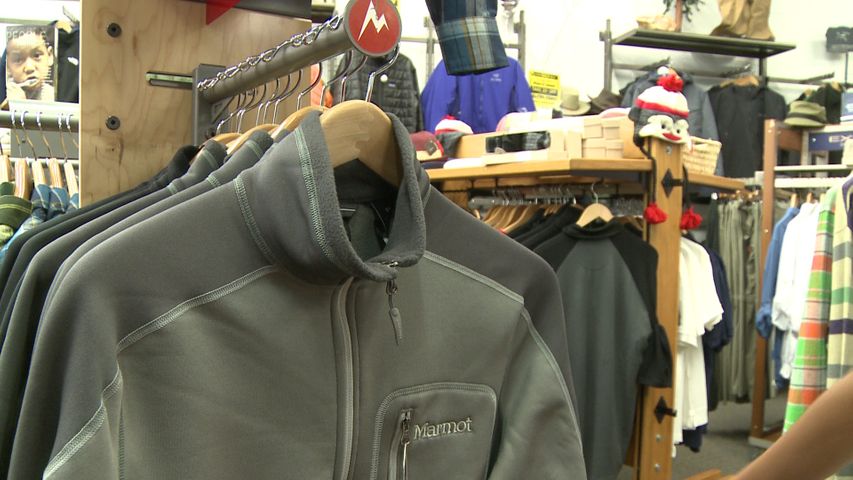 COLUMBIA - Several of Columbia's shops said on Tuesday they won't hire seasonal workers this year to accommodate increased holiday traffic.  These stores said workers are already getting ready for the holiday season.

Columbia's Alpine Shop usually brings additional people on staff for the holidays but it will not this year.  The shop's assistance manager, Liza Babington, said the economy plays a role in seasonal hiring.  It is difficult to have additional people on the payroll when the shop doesn't generate enough revenue.

"There are definitely stores who do hire help and like I said, we have in the past hired holiday help it just depends on what traffic is looking like."

Babington said the store hired two or three holiday workers last year and then brought them on staff full-time.

"Based on how our traffic has been lately, it's looking like we'll hopefully get some more traffic than we got last year - with the economy and all that, really affects how much people shop. This year has been a lot better than last year so hopefully this winter season will be busier than last."

The Alpine Store isn't the only store downtown that isn't looking for additional help.  A spokesperson at Calhoun's said it won't hire more people and workers will just have to work longer hours.

This isn't reflected nationwide however.  National retailer, Macy's, said it will hire 79,000 people for the holidays. That's an additional 4,000 people from last year.  A spokesperson for Macy's said this increase will be implemented throughout its stores nationwide.

He said Macy's has seen a steady increase in profits over the past couple years despite the bleak economy and that led to the decision to hire more people nationwide.  The additional jobs will be dispersed throughout a variety of opportunities within Macy's from distrubtion centers and call centers to

Babington said stores usually hire their holiday staff early.  "The last thing you want to do it hire somebody the week before Christmas. You want to hire people early so you have time to train them before the big rushes of people hit."

She said the cold days recently have helped with traffic in the store and she's optimistic about this holiday season.