Some people with mental illness jailed because "there's no other choice" 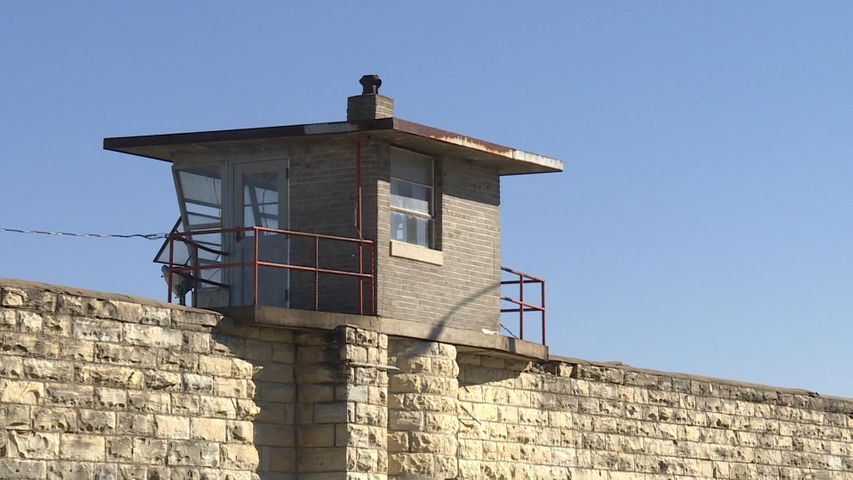 JEFFERSON CITY - As of last year, Missouri had more than 33,000 men and women locked up in prison, giving it the eighth-highest incarceration rate in the United States.

The Missouri Department of Corrections told KOMU 8 News the state prison population is currently about 33,243 convicts. The DOC estimates that each inmate costs taxpayers about $58.85 a day to support.

That means, every year, taxpayers spend more than $714 million to keep convicts in prison, not including the thousands of untried suspects waiting in county jails.

How Missouri's incarceration rate got so high

Anne Precythe, director of the Missouri Department of Corrections, told KOMU 8 News a key contributor is a lack of resources for mental health and substance abuse issues.

"We don't have the available resources in the community," Precythe said. "There's a tremendously large population that's coming to prison for treatment because there is not enough community-based treatment in the state of Missouri, whether it's for the seriously mental ill, or for substance abuse disorder."

"There are not enough mental health resources in Missouri to meet all the needs," Walker said. "This is also true for the entire United States."
To better understand the issue, KOMU 8 News visited what is often a criminal's first stop in the corrections department: the county jail.
KOMU 8 News reached out to the Boone County Sheriff's Department to see if it, like the state as a whole, followed a pattern of high incarceration.
Capt. Keith Hoskins, detention director at the Boone County Jail, said his facility consistently operates near its optimum capacity, meaning there are always a few extra beds available for when the department is in a tight spot, but not many.
Why some people with mental illness get diverted to jail
Janet Thompson, District II commissioner of Boone County, also cited a lack of mental health resources as a major contributing factor to overcrowded jails and prisons.

"Folks that didn't have a place within the social services network and safety net, many of those people ended up in the justice system because that was the only place for them to go," Thompson said. "We see a lot of times, our law enforcement has no other choice."

Walker said some people with mental illnesses who are not referred to services are sometimes "inappropriately" diverted to jails, courts and emergency rooms.

Thompson said, though Boone County has many mental health resources, it's not enough.

"Even though we have a wealth of resources in Boone County, we don't have a 24/7 access center," Thompson said. "So, if law enforcement finds someone who is in a mental health crisis, who may be creating something that could be termed a 'criminal' offense,' the only place to take that person is the county jail."

Thompson said for some people with mental illness, their first offense is usually a misdemeanor like trespassing. But even if this person is taken to jail on a minor offense, once someone enters the criminal justice system, they often return. Sometimes, on more serious charges.

This is known as recidivism.

"If you get a kid into the criminal justice system, they're, like, seven times more likely to end up in the adult criminal court," Thompson said. "Same with adults. If you start out in the system, and we don't address the core issue, you're going to end up re-offending."

How to better address the needs of people with mental illness

Walker said, in an effort to prevent people with mental illness from being inappropriately incarcerated, the Department of Mental Health has launched several initiatives. They give mental health experts a chance to use their expertise in places where mental health crises are likely to appear: county jails and emergency rooms.

A spokesperson for the Boone County Sheriff's Department told KOMU 8 News, a department representative regularly meets with Community Mental Health Liaisons to talk about which detainees could benefit from mental health treatment.

The Department of Mental Health said the partnership improves outcomes for people with behavioral health or substance abuse issues, and saves valuable resources by keeping patients out of jails and emergency rooms.

The Department of Mental Health has also started facilitating Crisis Intervention Training for local law enforcement officers. The training is designed to teach law enforcement how to respond to a mental health or substance abuse emergency.

The recently created Missouri State Justice Reinvestment Task Force will be looking into mental health issues as well as ways to reduce spending for corrections and reinvest state money into strategies that can decrease crime and reduce the number of repeat offenders.

Precythe said one of her key objectives with the task force is to develop a system to best determine when prison time is the best course of action, and when alternative methods are appropriate.

"There's a lot of criminal justice research out there that says being in prison is not the best option for some of the people in our communities," Precythe said. "People can be more successful if they remain in the community, where they can receive treatment locally. They're staying at home, they're keeping their job, they're supporting their family."

"Everybody has input into the process, from the arresting officer, to the prosecutor who's filing the charges, to the judge who's signing off on the warrant for that arrest," Hoskins said.

Thompson and Hoskins agree there are many instances where it is in society's best interest for an individual to remain incarcerated.

"There are people that are a danger to the community, and the only appropriate place for them is in jail, or in the DOC," Thompson said.

But, she also said there are many instances in which incarceration will not help a person be rehabilitated into the community.

Organizers of the Missouri State Justice Reinvestment Task Force said its recommendations will likely be given to lawmakers for consideration in early 2018.