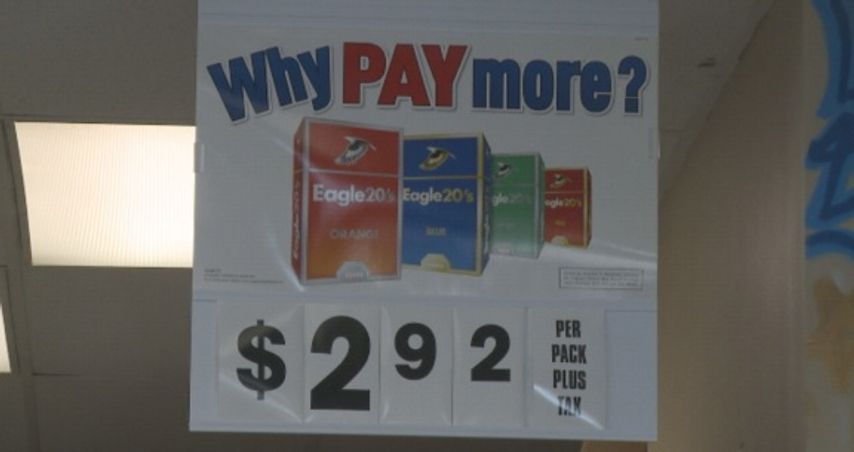 COLUMBIA - A proposed 60 cent tobacco tax increase could be added to the November ballot.

The Raise Your Hand for Kids (RYH4K) campaign committee and Nixa announced Monday it submitted more than 320,000 signatures meeting the constitutional requirement to put the tax increase on the ballot.

Linda Rallo is the RYH4K executive director and said money from the tax would go toward early childhood education.

"As a lot of you know we do not make kids a priority in our state," Rallo said "Our funding levels for early childhood education are very, very low. So this is a huge opportunity to turn that around."

Rallo said the tax would be phased in over four years, peaking at $300 million dollars annually.

Alec Stanley is the store manager at We B Smokin and said the effort for a higher tobacco tax isn't anything new.

"It's just like 'this again?" Stanley said. "It just seems like it's always something people are ready to do."

Stanley said he understands tobacco is cheaper in Missouri than surrounding states but said he is wary about how the money would be used.

"I think that's a noble gesture," Stanley said. "I think that we can all agree that education is important and that we should be funding our school programs. But I question how effective that is going to be. I mean we've seen in the past targeted revenue streams that are supposed to go to education. You look at how well the lottery is funding education. It seems like a lot of that money ends up in a lot of places that is not where it's supposed to go."

Missouri currently has the lowest tobacco tax in the United States at 17 cents per pack compared to the national average of $1.61.

"Here in the state of Missouri we spend nearly $2 billion dollars a year treating smoking related illness," Wright said. "Nearly half of which is taxpayer money to VA hospitals, Medicare and Medicaid. That is not a formula for success. This initiative will help empower our children here in Missouri to grow up to be the next generation of entrepreneurs, and scientists and doctors and nurses and teachers and civic leaders."