Son of state representative in recovery 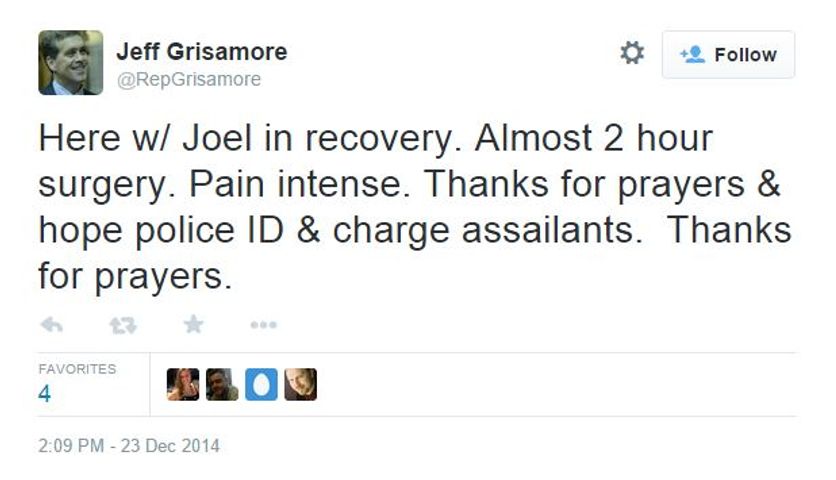 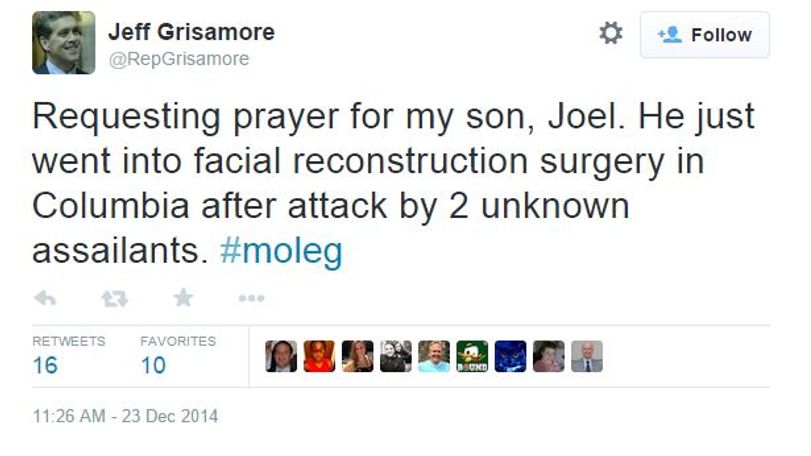 COLUMBIA - The son of Lee's Summit state representative Jeff Grisamore is currently recovering from surgery after injuries suffered in an attack earlier this month in Columbia.

Joel Grisamore underwent facial reconstruction surgery on Tuesday according to multiple tweets from his dad.

The Columbia Police Department has not made any arrests.