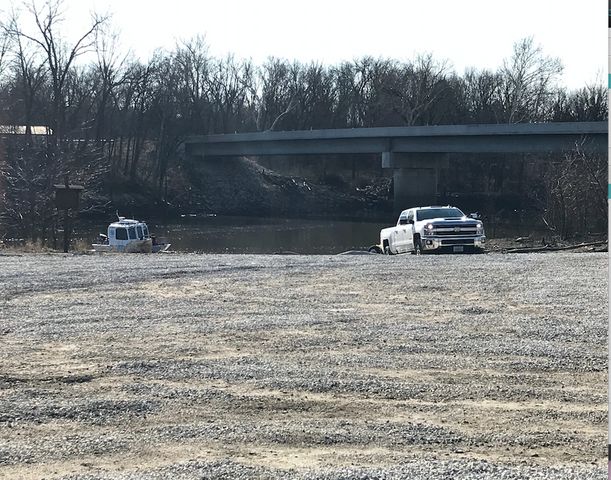 COOPER COUNTY - A company from Illinois was brought in for the continued search for the body of Mengqi Ji Elledge.

Co-owner Dennis Watters said todays search was full of wood and debris, but no sign of Elledge.

"We didn't find the target we were looking for. This river has so much debris in the bottom of it that finding somebody in there with sonar is gonna be really tough," he said.

The short search gave the team a clear picture that was not possible before.

"We used two kinds of sonar today. [It] chirps a sound out, records it, and it comes back and develops an image, very defined image," Watters said , "lots of wood and lots of fish."

Watters did discuss what he believes would be the possibility of her body in the location, should she had been taken there. He said the current could change the location with how long she has been missing.

"The other issue is the amount of lapse time. its not likely that the person would still be right here if they were put in right here... we think it would be further down of not in the Missouri [river] by now."

The sonar equipment was out of the water by noon Friday, concluding another week at the Lamine River location.

"We're done for the day, they're gonna consult with the sheriff and see if they want to do this whole creek or what´s next here," said Watters. "But theres so much wood under water that your not seeing. Finding someone or something with sonar would be the luckiest shot you ever took. there's so much wood out there."

Director of Community Relations for the City of Columbia, Steve Sapp said the search will continue and todays information is not an end to the search in that area of the river.

"There are still reasons to believe that additional investigations of this area is still needed. Investigators continue to evaluate all of the information gathered from multiple resources to determine the next steps in this investigation," Sapp said.

Elledge was reported missing on October 8th. Her husband, Joseph Elledge is the prime suspect in Ji's disappearance.