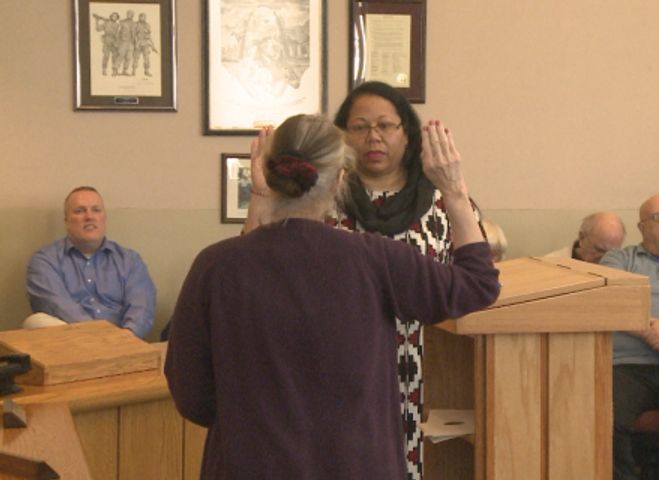 Sonja Boone was sworn in to begin her first term as the Boone County Public Administrator.

Boone is the first African American to be elected into County office.

"This is monumental because of the fact that I am the first African-American that was elected into a county office," Boone said. "So in regard, I give honor to all the others who have been appointed and who have served in this capacity."

Fred Parry was sworn in to begin his term as Boone County District 1 Commissioner.

Boone County Treasurer Tom Darrough was elected in November, as well as Division 2 Circuit Judge Jeff Harris. They were both sworn in at the ceremony also.

"My only pledge is to continue to work as hard as I possibly can to serve the public with justice, with determination, character and integrity and to just simply be the best judge that I possibly can for the next six years," Jeff Harris said.

Sheriff Dwayne Carey and District II Commissioner Janet Thompson were both re-elected for their positions and sworn in also.

Sheriff Carey was originally elected in 2004 and will be serving his fourth term.

Commissioner Thompson was first elected in 2004 and will begin serving her second term in office.

Schauewecker was first elected in 1988. He will begin his 8th term when he takes oath on September 1st, 2017.