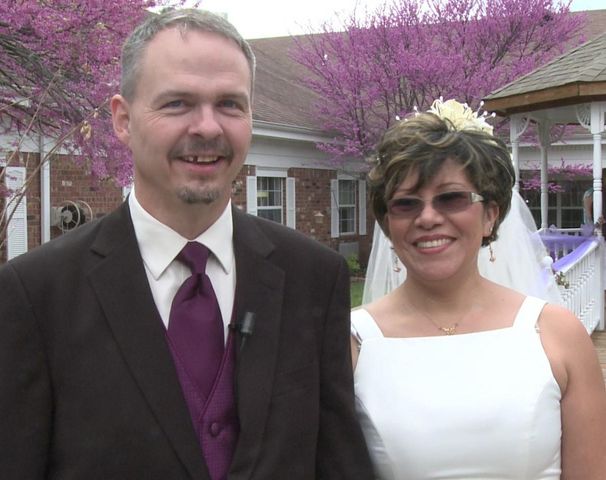 COLUMBIA - With the spring season beginning, love fills the air around Columbia. Specifically, at the Southampton Place nursing home.

Newlyweds James and Yolanda Woods held their wedding in the courtyard of Southampton Place, the place where they first met.

James proposed to Yolanda on Valentine's Day of this year.

This was the first wedding to be held at Southampton Place.

James met Yolanda around six months ago due to her working on staff at Southampton Place and taking care of his mother.

The couple wanted to get married at Southampton Place not only because it is where they met, but so his mother could be easily involved.

Yolanda's family flew in from all over the country for what they thought was going to be a smaller wedding.

Their reception was held at the Howard Johnson Inn.