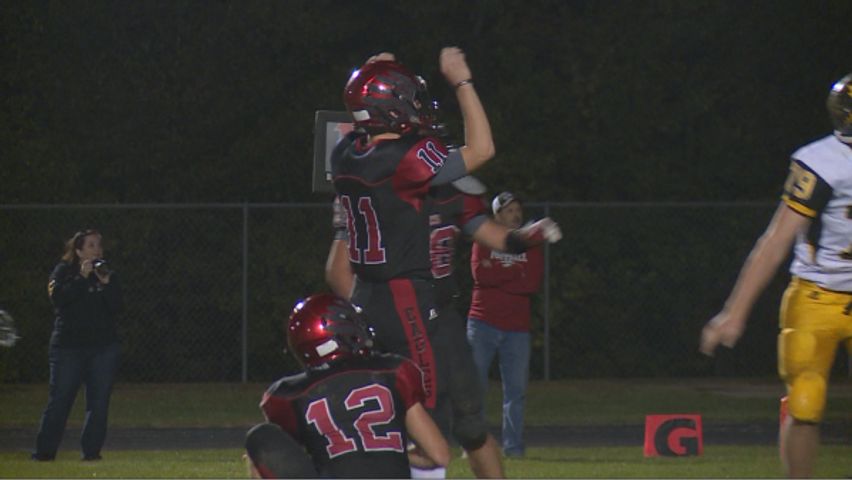 ASHLAND – If you saw Southern Boone play football this season, you may have seen one Eagle player on the field more than others.

Parker Boyce, a junior at Southern Boone County High School, is a starting receiver and a back up at outside linebacker for the Eagles’ football team. It’s his third position, however, that gets him the most attention.

Boyce is the starting kicker for SOBOCO, a role that has gotten him some collegiate interest and a spot at the Kohl’s Kicking national scholarship camp.

When he says “more,” Boyce does not just mean adding to the scoreboard. That is because at the kicking camp, Boyce first discovered the “Kick-it” campaign that has raised more than $5 million for pediatric cancer research.

The organization allows athletes across the country to dedicate their seasons to children with cancer and create personalized webpages where friends and family can make donations.

“I just saw the table. It seemed like a cool idea that I could kick and give money to these cancer patients by doing something that I love."

Boyce’s parents say it did not surprise them at all when he came home with the idea of helping raise money.

"He's always been a giving person. He's got a lot of empathy and a kind, compassionate heart. He's always looking for that person that needs a little extra something,” Parker’s mom Denise Boyce said.

Most people know someone affected by cancer, and Parker is no different.

"I've had cancer in the family with my grandpa and my aunt, but we had two girls that had cancer in our school. That kind of brought it more close to home and kind of inspired me to do the fundraiser. Everyone is always in a generous mood here. The community is amazing. They give online and at the booth during the games. The support has kind of surprised me."

Parker’s goal is $2000 and he has already raised over $1800 for pediatric cancer. Even though the Eagle’s season came to an end in the second round of playoffs after a loss to Mexico, Parker and his parents hope the donations will keep coming.

If you would like to make a donation to Parker’s campaign, you can find his collection page here.