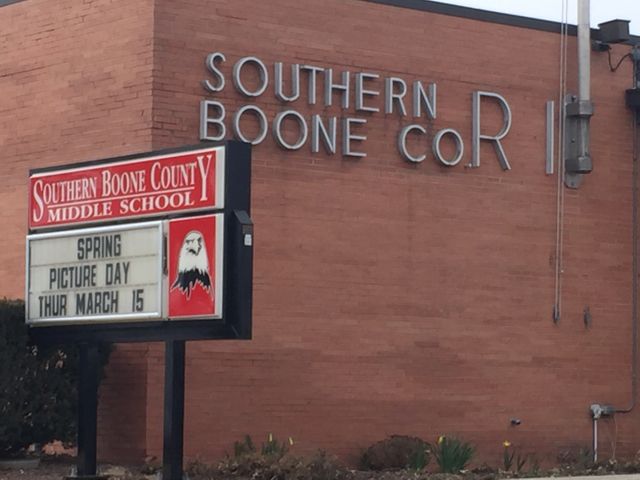 ASHLAND - Southern Boone School District might be adding another school resource officer to its staff.

The district already has one SRO that roams the halls of Southern Boone High School.

Superintendent Chris Felmlee is looking to add another for the elementary and middle schools.

Felmlee said with national incidences of school violence and with discussions picking up of arming teachers he felt added security was necessary.

“I just think as the national discussions focus on arming teachers, to me, in our particular situation, I would much rather have someone trained and have that background knowledge,” Felmlee said.

Felmlee added that Southern Boone has made advancements in school security in the past year.

Felmlee said both Southern Boone campuses are lock down campuses and for visitors to get in they have to buzz in.

On top of that, Ashland Police Department now includes Southern Boone schools in their daily routes.

“I was very pleased by their commitment to working with us and being able to provide the service to the school district, to the kids and to our community,” Felmlee said.

Southern Boone parent, Tina Edmonson, thinks another SRO is not a bad idea.

"For them to put more officers on campus its more likely things will be seen and people will be taken care of," Edmonson said.

Along with adding another SRO Southern Boone is also looking to add more security measures, such as more cameras, nurses and social workers.

Felmlee said if there is not room in the budget to afford another officer he may look at going to the voters and talking about a possible tax increase come August.