Southern food chains come to Columbia after move to SEC 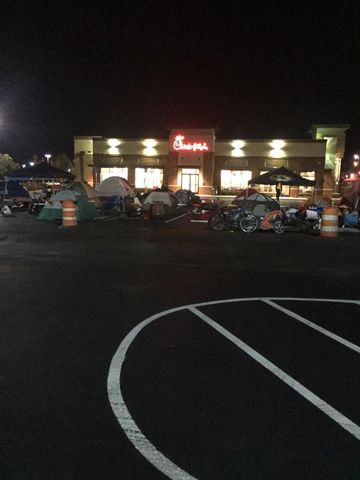 COLUMBIA - Another southern food chain opened a location in Columbia, just years after The University of Missouri joined the Southeastern Conference.

Chick-fil-A opened the chain's first location in Columbia Wednesday, joining in the shadows of other southern chains such as Zaxby's and Moe's Southwest Grill.

The University of Missouri moved to the SEC in 2012. Just a year after this conference move, Zaxby's opened its first Missouri location in Columbia and a representative from the company confirmed the move to the SEC was one of the reasons they moved the chain to Columbia.

"I know Zaxby's is pretty new here and they're a southern chain because of the SEC and we've really been enjoying that and there's also been multiple other restaurants opening recently," Columbia resident Gabe Marley said.

Zaxby's was established in Statesboro, Georgia near the Georgia Southern University Campus and is currently headquartered in Athens, Georgia. Although the University of Missouri is not one of them, Zaxby's sponsors 11 football teams in the SEC. Zaxby's also sponsors the Zaxby's Heart of Dallas Bowl.

KOMU 8 asked Chick-fil-A franchisee owner Jeremy Stouder whether MU's move to the SEC contributed to the move to Columbia and if the company followed in Zaxby's footsteps.

"Each business has their reason for moving different places and Chick-fil-A has their own strategy on where they want to go," Stouder said.

People camped out at the new Chick-fil-A location Tuesday night into Wednesday morning because the first 100 people in line are awarded 52 free meals. SEC influence was not absent from the opening camp-out as there were MU tents and people playing football in the parking lot.