Soybean farmers seek relief but none in sight 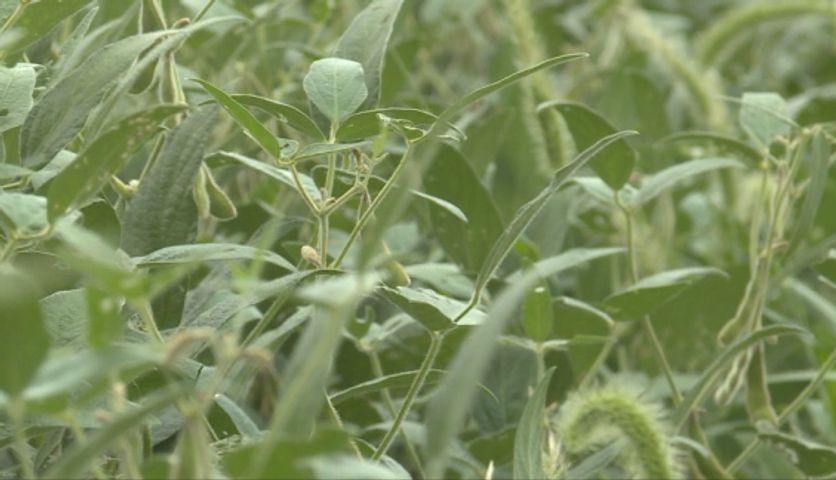 PRAIRIE HOME - According to an economic analysis from the Missouri Soybean Association, the price drop points to more than $212 million in lost earnings as well as $21 million less tax dollars for the state.

Even so, Nathan Alpers, a third generation mid Missouri farmer, said there's nothing else he'd rather do.

"It's my passion, it's what I love," he said. "I've been born and raised on a farm. I love raising food to feed the world."

But according to his father, Robert, there's more to it than just love.

It's been a cruel summer for mid-Missouri's soybean farmers.

In the early spring, the price of a bushel of soybeans coast around $10. But due to the trade war with China and the implementation of tariffs from both sides, today's price is closer to $7.50.

In Boone County, the price drop resulted in over $200,000 in lost economic activity.

"How would you like to take a 25 percent cut in pay?" Robert said. "That's a pretty big hit to take when you're not expecting it."

Robert said the price drop is yet another thing farmers have to deal with.

"We have enough challenges with the weather other things that go on with just the normal machinery breakdowns, input costs and then throw in a decline of a price of roughly two dollars a bushel, it's pretty tough to take," he said.

But prices aren't the only thing farmers have had to deal with this summer.

The drought plaguing the state has also helped put farmers back by reducing number of bushels they can take to market.

Nathan said the drought and price have combined to form a vicious one-two punch.

"We're taking it on yield and on price," he said.

According to Nathan, the only real relief farmers can hope for is for Washington and Beijing to work out a fair trade deal.

"There's not a lot we can do except hope Trump can work out the tariffs," he said.