Speakers call for equal treatment and transgender rights at vigil 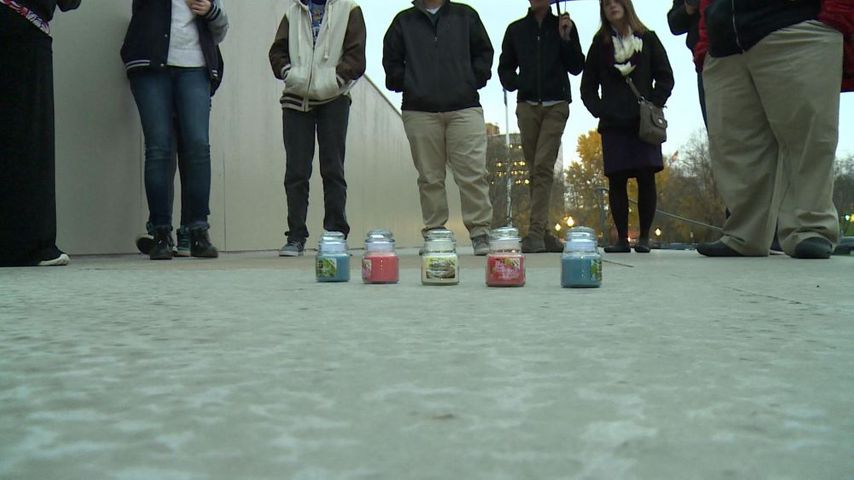 JEFFERSON CITY – People gathered in front of the Capitol Building Friday to remember those killed in anti-transgender violence and to raise awareness about the issue.

The International Transgender Day of Remembrance (TDoR) occurs every year on November 20. The Jefferson City event organizer Cathy Serino said Missouri is one of 27 states without laws protecting transgender people in terms of housing and employment.

“We’re not seen as people of equal level,” Serino said. “And until we’re viewed as people, just like everyone else, we’ll continue being victims of hateful, violent attacks.”

Serino said last year in the U.S. there were 23 murders resulting from anti-transgender violence, three of which were in Kansas City. Ceri Anne Lewis is from Kansas City and spoke at the event Tuesday.

“I had the honor of speaking at the funeral of one of the transgender women killed, in August,” Lewis said.

She said one of the biggest issues for transgender people is bathroom usage.

Both Serino and Lewis said the purpose of TDoR and their vigil is to raise awareness of the obstacles transgender people face on a daily basis.

“We are basically given three options,” Lewis said. “You can either suppress it and risk high, possibly dangerous, stress levels, live your life freely and openly, or, sadly, take our own lives.”