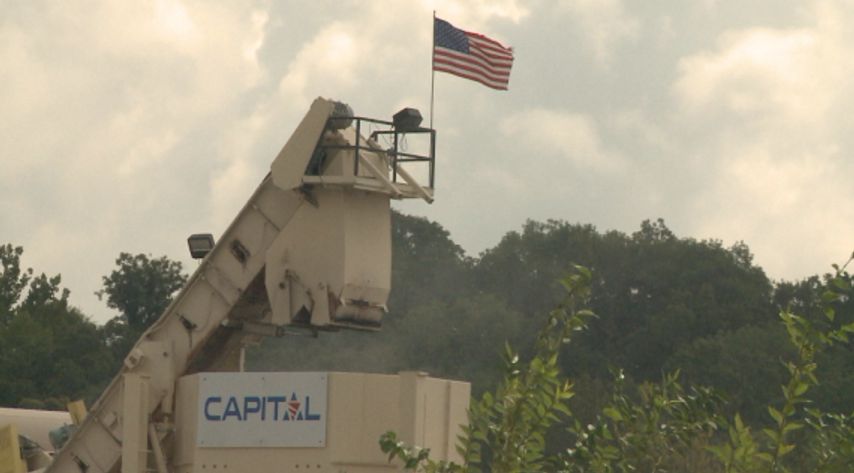 JEFFERSON CITY - After almost 11 years of planning and campaigning, the Special Olympics of Missouri is finally seeing real progress on the construction of its new one-of-a-kind facility in Jefferson City.

The facility, named the Training for Life Campus, will sit on 16.5 acres of land on the northeast corner of US Highway 54 and Missouri Highway 179. According to the Special Olympics of Missouri, the facility and all its parts will cover around 34,000 square feet of land, with roughly half of that area being reserved for practice courts for sports like basketball and volleyball.

The facility will also include areas with field turf for flag-football, a full-length track, a regulation softball field, bocce courts, horseshoe pits and a golf-skills training area.

Gary Wilbers is the Capital campaign chairman of the group which deals with the proceedings of the facility. He said this campus will be one of the most top-of-the-line resources for Special Olympics nationwide.

"Now they have a chance to try a different sport, and say, 'Oh wow, I like that,'" Wilbers said.

According to Wilbers, the main purpose of the facility will be to give more athletes an opportunity to attend Athlete Sports Camp to help them build their skills.

SOMO also said less than one percent of athletes are able to attend these camps.

To remedy this, Wilbers said he hopes the facility can host more than 30 Athlete Sports Camps within its first year of opening.

Before he gets to that point though, the Training for Life Campus needs $1.5 million of more funding to complete it.

"There's always challenges... but we feel good about where we're at."

The campaign has totaled over $17 million, with million dollar contributions from the Centene Corporation, the Law Enforcement Torch Run, the Knights of Columbus, and the J.E. and L.E. Mabee Foundation.

But through "grassroots efforts" in fundraising, Wilbers said there is an even greater opportunity than before for the public to donate.

Through their Fanning the Flame initiative, SOMO asks supporters to donate $50, contact 10 other donors so they can donate $50, and let the process continue. This way, money can be raised exponentially throughout the community in small amounts.

"It makes it where everyone can get involved and into the campaign," Wilbers said. "Now people see that its a reality, so it's actually bringing new donors to the table."

Wilbers is confident that the facility will be completed in the fall of 2018, but he said it was all a bit overwhelming.

"I try to contain it... it's kind of unbelievable and it kind of [brings] tears to my eyes," Wilbers said.

Wilbers said he hopes the facility will not only bring in more athletes but will also encourage members of the community to get involved.

"Whatever time you have to come out and volunteer, it's one of those things that if you ever give of your time, you'll see that it's so worth it.

Wilbers says for those who want to help with funding the rest of the project, and the Special Olympics in general, visit www.somo.org.