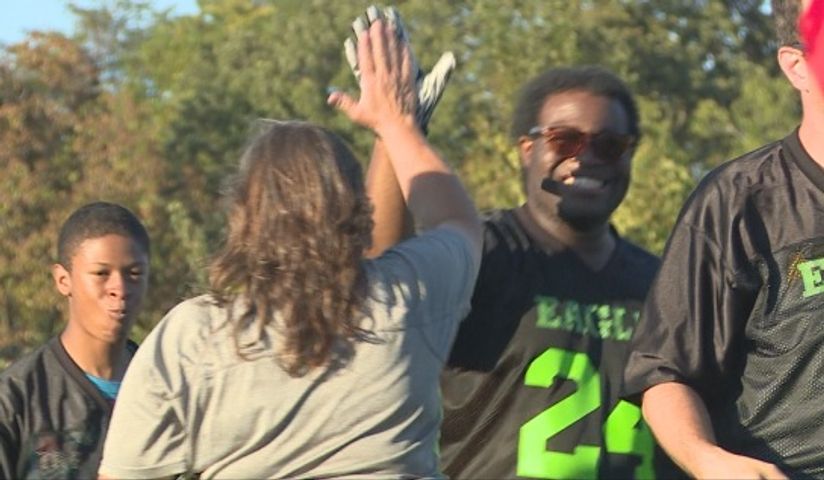 According to Public Relations Manager Brandon Schatseik, more 900 athletes competed in the events Saturday, requiring some 250 coaches and nearly 1,000 volunteers.

"One of the biggest misconceptions about Special Olympics is we're just that track event once a year for people in wheel chairs," Schatseik said. "We have 250 trainings and competitions throughout the year all around the state."

The weekend's outdoor games is one of three state-wide competitions for Special Olympics Missouri, Schatseik said.

Schatseik said his involvement with Special Olympics is about telling the athlete's stories.

"You can come out to the competition and see them get a gold metal and do really, really well," He said. "But it's how they take what they learn here and their experiences here and how they take that back into their community and break down those steryotypes that people have on them."

Athletes have to compete at a local level to reach the state games, according to Schatseik. He said the games build up more than their athletic ability.

"They may have struggled their whole life with self-confidence," Schatseik said. "While they may have the skills to physically go out and make a high school team, maybe they don't believe that they can do it."

He said Special Olympics gives athletes the training and confidence to make a club or school team in their home town.

Jason Wilmesherr is a Special Olympics athlete. He said participating in the games lets him spend time with his dad.

"I do it 'cause my dad's a good coach, and I'm a good athlete, and I push myself every day to get out there and try my best," Wilmesherr said.

The games continue through Sunday. The public is welcome to attend the rest of the weekend's games.