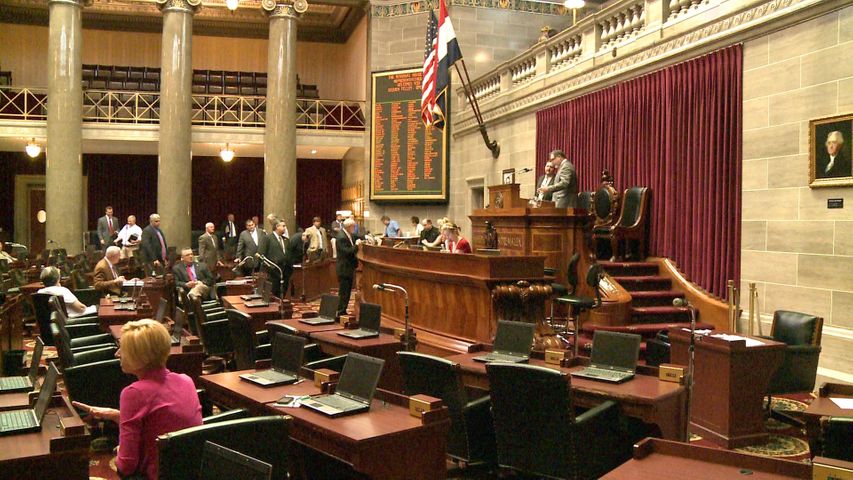 JEFFERSON CITY - Tuesday was the start of the special session in the Missouri statehouse. The session started at noon and lasted almost 15 minutes with less than 30 legislators present.   Most of the majority leadership in the house was not in the Capitol building during the technical session, including the Speaker of the House, House majority and minority leaders and chair of the House Rules Committee.

The Missouri House of Representatives started with a technical session which allows for the introduction of bills to the House. After the bills are introduced, committees can then go to work on specific issues.

Four of the biggest issues on the agenda for the house during this special session include the Facebook law, amnesty tax collection, economic development and the presidential primary. Both republicans and democrats say they expect no floor action to be taken until the end of the week.