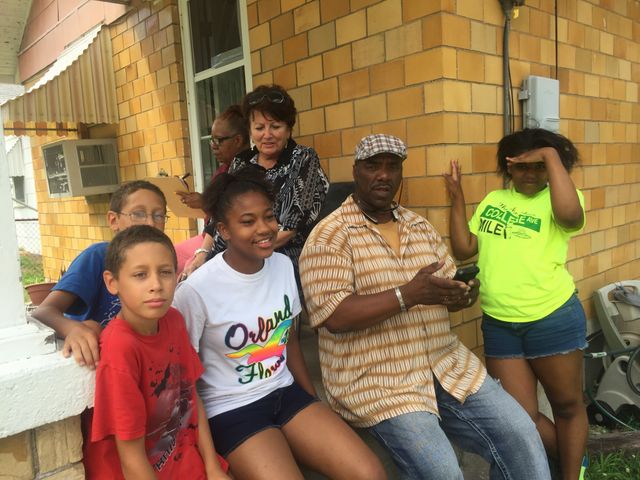 COLUMBIA - Two Columbia neighborhood specialists have met more than 100 families in the central neighborhood in the past two months. They've found most of people are "satisfied" with their lives despite being poor.

The city hired Glenn Cobbins and Judy Hubbard as part of the effort to implement the 2016-2019 strategic plan.

Assistant City Manager Carol Rhodes said, "This plan has really focused on improving the lives of all Columbia citizens, not just one area. We want all residents to thrive."

They've met with almost 10 percent of the roughly 1,400 households in the central neighborhood so far.

"I love this because, instead of the government telling the people what they think they need and what they're going to do, they are asking them what do you need to survive and thrive in Columbia," Hubbard said.

She said residents love to share their lives with them and each interview would take about one hour.

However, Hubbard said their lives are about more than numbers.

"They consider themselves rich in friends, in their faith, and in the things that they're able to do. And yet they can't pay their bills," she said.

Hubbard said two key issues need to be addressed: "Employment and helping our young people who are so capable in this neighborhood."

Hubbard and Cobbins report their assessment back to the city council.

Rhodes said, "We take assessment and the social workers at the health department go through and make referrals based on the needs of the residents."

Hubbard said there won't be changes overnight, but it's a beginning.

Cobbins agrees. He said he wanted to help people through his own experience as a former drug dealer.

He said he used to be "a person on the street, a poor person, a person of color, a person has been shot, in prison, a criminal."

"Try to help the people in the situation that I put myself in, maybe I can get them out, maybe I can demonstrate the highest moral standard that person could live by," Cobbins said.

He said the most important thing is to build trust among the area citizens.

"We can build that bridge, close that gap between the city government and people," Cobbins said.

Cobbins and Hubbard have only been working on the project for a few months, but  community outreach is not new to either of them.

They've been working together to help people through the Imani Mission Center since 2000.

Cobbins and Hubbard founded the center to help at-risk youth and low-income families in the community. The center was closed last year.

"It's your heart. It's what you do. It was just a blessing because we could continue to serve the people we love and need the help," Hubbard said.

The two will soon start to visit the east and north neighborhoods.