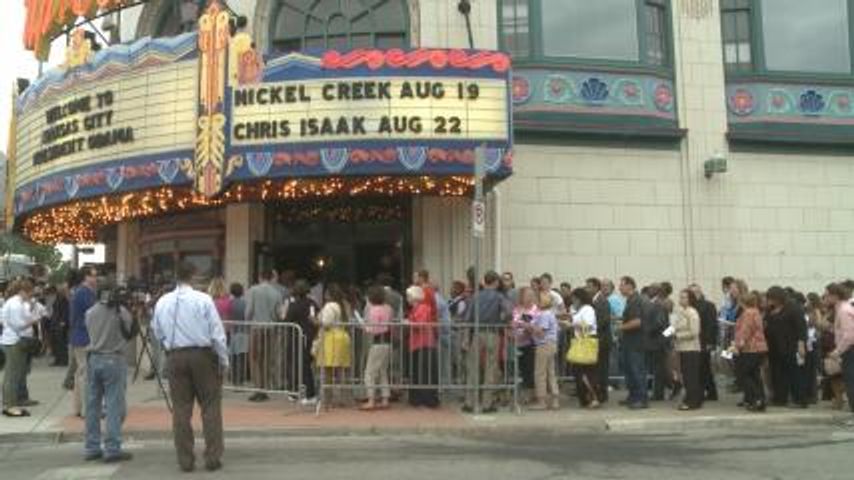 The president's words calling for a more livable wage resonated with some of those in attendance.

"It was incredible," she said. "There was such diversity in the crowd. His speech was so optimistic. A lot of people were getting raved up about the things he was talking about."

Brown-Hulme, 18, is starting college next year. She said she enjoyed the president's comments about decreasing costs of higher education and reducing student loan debt.

"It's really beneficial to my age group, especially someone going off to public university. I'm going to have student loans," Brown-Hulme said.

LinDora Johnson described the speech as insightful and exciting.

"It seemed like everybody was on one accord," Johnson said. "Anytime you have that, it's a wonderful experience."

She said she has two children who would depend on government aid to attain higher education.

"They can't live if they're strapped down to a student loan," Johnson said.

Gerald Chatman said he appreciates the president's work to rally attention for the middle class.

"I feel the president's speech was encouraging, inspiring and motivating today," Chatman said.

Chatman said the atmosphere inside felt warm and comfortable.

Not everyone at the speech was elated about his remarks. The event garnered a few dozen protesters. Some, calling for more attention to violence in the Middle East.

"For me this issue hits close to home," Alma Habib said. "I have a lot of Syrian and Palestinian friends who send me pictures like 'look at this missile falling. It's on a hospital."

The Kansas City visit was among Obama's tour across the nation to discuss his economic agenda ahead of the midterm elections.

Air Force One left to take the president to Washington D.C. Wednesday afternoon.