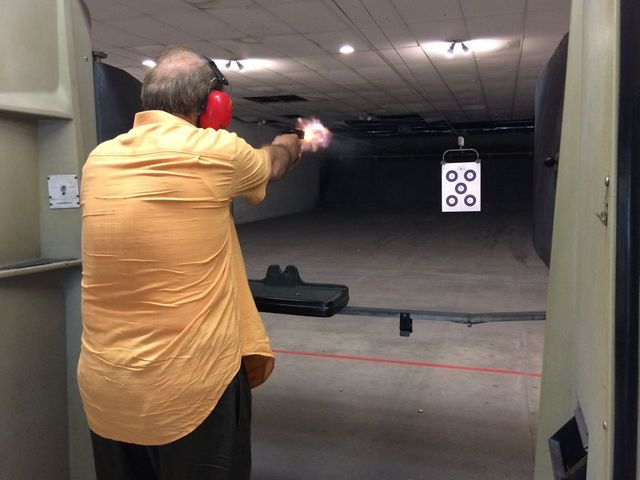 COLUMBIA- A boom in gun sales have created thousands of jobs nationwide.

According to the National Shooting Sports Foundation (NSSF), there has been a ten percent increase in the gun industry from 2014 to 2015, and Missouri was ranked the fifth best state for gun industry jobs.

NSSF reports the gun industry's growth has been driven by thousands of Americans choosing to exercise their second amendment right to keep and bear arms as well as purchase firearm ammunition.

Modern Arms owner Larry Wayland said they have seen a continuous increase in gun sales due to talk about potential policy regulations in the future.

“We have had gun regulations that are more strenuous in the past. Those have relaxed some. We hope they stay relaxed, but there is always legislation being proposed each year to further restrict gun ownership rights. And some people are buying out of the concern of pending legislation or even future legislation that is yet unknown,” Wayland said.

Wayland believes Missouri has become such a great state for the gun industry because it is a central location for distribution along with the many manufacturers in the area.

“There are a lot of manufacturers here in Missouri, not only of finished firearms, but of different components along that firearms production chain, a lot of suppliers and our central location is pivotal to that,” Wayland said.

Missouri has continued to see growth in employment as well as gun purchases.

Jim Hill, the owner of Target Masters, said more people are buying guns for safety, so the amount of conceal and carry licenses have also increased.

“Conceal-carry is going up. It used to be that we ran one class a month with 20 people. By next Sunday we’ll have run three classes and they’ve run full,” Hill said.