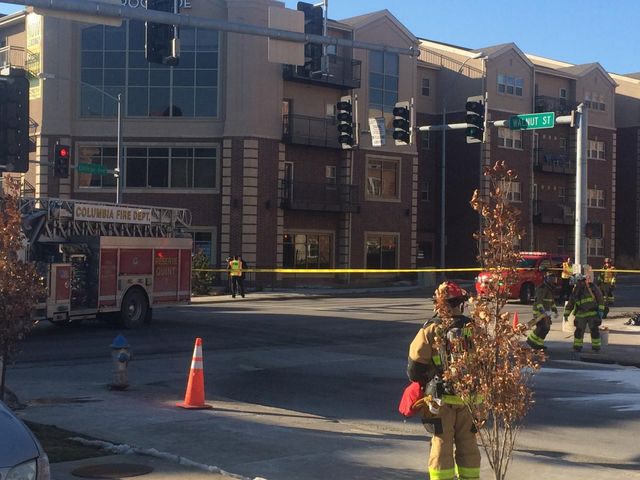 COLUMBIA - The spill of an unknown substance shut down northbound lanes of College Avenue and all lanes of Walnut Street Thursday afternoon.

The Columbia Fire Department responded to the incident around 4:00 p.m. after a passerby noticed the spill and called 911.

"Out of an abundance of caution we dispatched a full hazardous material response to a call like this," Fraizer said. "In addition, we want to make sure we reduce pedestrian and vehicle traffic through that area."

Fraizer said the department is in the process of testing the material and will later say what the plastic jug contained.

No one was injured in the incident.