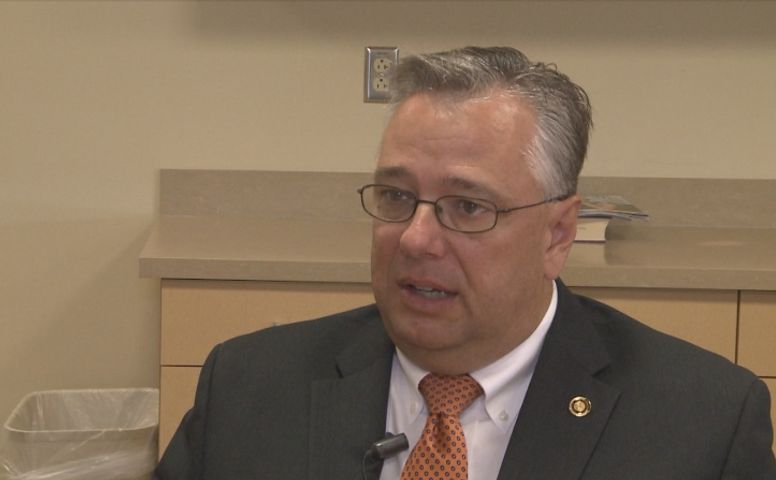 JEFFERSON CITY - After Governor Nixon vetoed House Bill 253 a little more than a week ago, sponsor of the bill Representative T.J. Berry said Wednesday he doesn't believe the governor is being truthful in his desire to pass the bill.

"That's nothing against him," said Berry. "This is one of those places where the philosophies are sort of at war. The Republican philosophy believes you, as an individual, knows how to spend your money more than the government does."

House Bill 253 was originally proposed as a reduction in business income tax for all businesses. It was planned to establish the Broad-Based Tax Relief Act of 2013 that reduces the tax on corporate business income and business income for sole proprietors, partners, and shareholders in S-corporations.

"When it went to the senate and Senator Will Kraus added to it a personal income tax and did several adjustments," said Berry. "The bill originally went from 80 pages long when it was first drafted to more than 320 pages long."

In a news conference held Tuesday, state budget director Linda Luebbering said the bill would have major implications on the state's budget. She said a provision in the bill would allow Missourians to apply for tax refunds for the past three highest fiscal years. Luebbering said if that happened, it could create a loss of more than $300 million in state revenue every year.

Berry said he disagrees with these claims vehemently.

"The first year guaranteed no matter who scores the bill, it is a cash flow positive bill. So, it won't cost anything the first year. After that, it will depend on state revenue. If it goes up over $100 million you take another cut. There are many triggers along the way, but this is the safest approach I can come up with that allows us to compete. We compete with 49 other states and we compete with the world, and if we're not prepared for that there will be consequences to other people's actions and to Missouri." said Berry.

Berry also said Governor Nixon did not have many discussions about the bill with him.

"I found it funny that he said there's all sorts of issues--with the prescription drug issue and this or that issue--but if he could have called us in for a special session concurrently with veto session, we could've cleaned it up and passed the bill."

When asked about calling a special session at Tuesday's news conference, the governor's legal advisor Chris Pieper said he would not comment.

"I'm not a lawyer," said Berry. "I don't read legal reads, I read just like you or I. At the time I read the bill, I did not see any increase in text books or prescription drugs. I still don't. The lawyers are still discussing if that is true or not."

Berry said the bill was designed for over a long period of time and it would take many years to see it fully implemented.