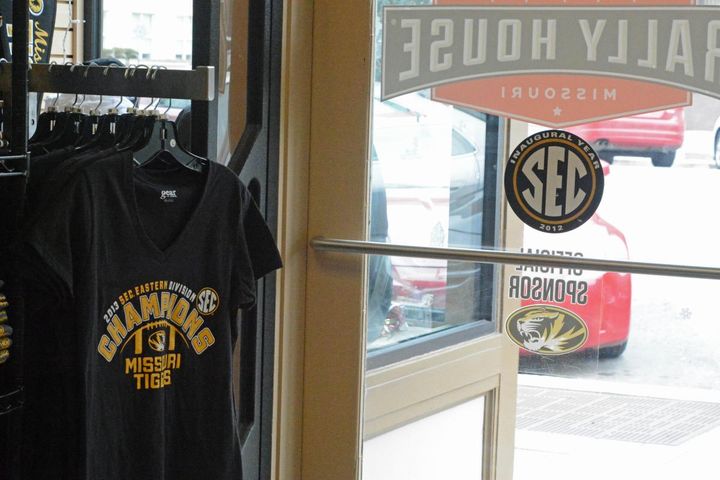 COLUMBIA - The MU Tiger football team's big game against the Auburn Tigers on Saturday is bringing in more customers to some Columbia sports retailers.

Kristine Neal, manager of Rally House, said it has been a very busy week for the store.

"We saw people since Sunday and we were selling our shirts out of the box. We were the first ones in Columbia to get them so a lot of excitement for the SEC East Championship," said Neal.

Neal said she even had to make special work schedules for her employees because of the increase in customers. She made one schedule if MU won its last game against Texas A&M and another if they lost. She said she will also make two schedules for this upcoming game. And if the MU Tigers pull off another win Saturday, Neal said business will grow even more.

"I'd put it equivalent to running a Super Bowl in St. Louis. It's going to be big for Columbia," said Neal.

Neal said most of the merchandise flying from the shelves are t-shirts, sweatshirts, hats, and mugs. She said even unexpected merchanise like MU tissue boxes are in greater demand.

Steve Dillard, who owns Tiger Spirit, said it has been a typical week for business, but said it is only the beginning.

He believes most MU fans are apprehensive to buy championship apparel before the big game, but if the MU Tigers win, he expects to see an increase in business.

The MU Tigers will play the Auburn Tigers at 3 p.m. Saturday.