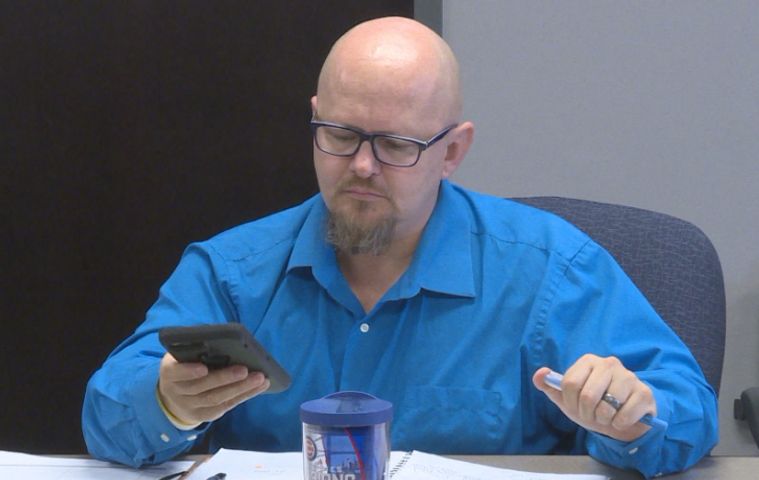 SPRINGFIELD - David Stoecker says he has lived a life of addiction in order to escape the pain of an abusive childhood.
"My first memory is being molested by a babysitter," Stoecker said.
He said, the abuse lead him to him to find a release. In seventh grade, he said, he discovered that alcohol and pills seemed, on the surface, to make things better.
"I found out that, if I stayed numb, not only did I not feel that, but nobody could hurt me," Stoecker said.
His addiction would grow as he got older, leading to serious consequences.  Clinically, Stoecker said, he has needed to be brought back to life 8 times as a result of his addiction.
"Narcan has definitely saved my life on multiple occasions," he said.
His sister, Michal Stoecker, said there was a point where, "We didn't know if he was going to live or die."
David Stoecker crashed cars under the influence, overdosed and even attempted suicide.
"I ran out of hope and I slashed my wrists," he said.
"If he had been successful I don't know what I would have done," Michal Stoecker said.
David Stoecker said he lost faith in himself and began to hate the man he had become.
"I used to look in the mirror and see a junkie and a convict," he said
It wasn't one of Stoecker's near-death experiences that caused him to quit his addiction, instead it was what he saw in his rearview mirror one day.
"I was going to grad school and a police car pulled out behind me," he said. "I knew if he had pulled me over I would've gotten a DUI."
That's when, Stoecker said, he decided to get serious and traded in his old addiction for a new one, helping others.
"I believe in second chances, third chances, fourth chances, because dead people never find recovery," he said.
After sobering up, he was given a fresh start at the Missouri Recovery Network, working as the education outreach coordinator.
"I always say I've gone from dealing dope to dealing hope, and I like dealing hope a whole lot better," he said.
One of Stoecker's primary responsibilities is to travel around the state teaching others how to save lives with the same drug that once saved him: narcan.
He was also given a second chance at a family.
Julie Stoecker, his wife said, "David is a wonderful husband, a wonderful provider for our family, he's a wonderful dad."
His daughter, Addison Stoecker, said, "He does things with me and he always makes fun things."
David Stoecker said the life he has today would never have been possible if he had not seen that officer, and decided to recover from his addiction.
"I mean recovery is everything, everything positive that I do is because of recovery. Period," he said.