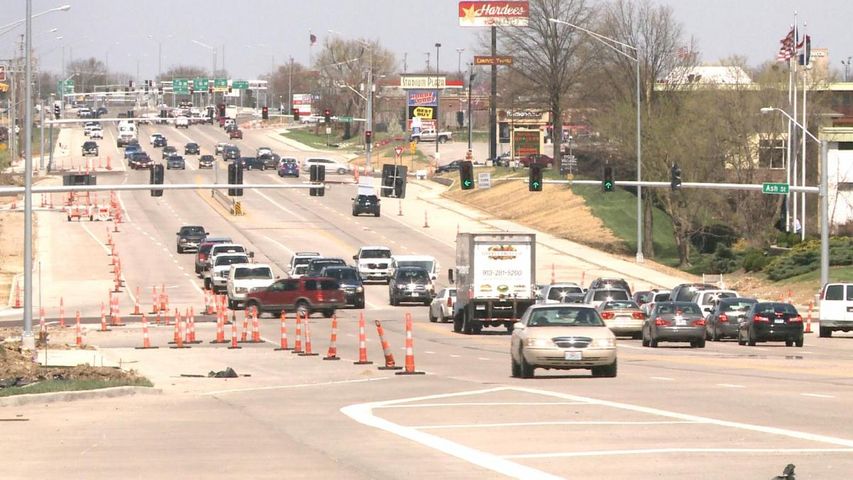 COLUMBIA - Along with rising temperatures comes an increase in construction, and drivers are not happy about it.

The recent construction along Stadium Boulevard between Broadway and Interstate 70 is giving many drivers some major road rage.

Fred Cordova is the store manager at the Toys R Us on Bernadette Dr. and said getting to work is a pain.

"You leave a little bit earlier. You stay a little bit longer because you know the traffic. I came here now to get gas because coming here after work you can't get in the street," Cordova said.

Combined with the closure of Scott Boulevard, Fred wonders if these construction projects could have been coordinated better.

Scott Bitterman is Columbia's traffic engineer and says the city, county and MoDOT all work very closely to plan each project years in advance.

"Unfortunately there's no way to make it seamless and absolutely painless for the public but we do our best to manage that," Bitterman said.

One of the biggest issues with the Stadium project is traffic light timing.

"The stop lights only let three cars go through at a time," Cordova said.

But the city says that will change once the project is complete.

"Ultimately when this project is done by the end of the year, it's got a state of the art traffic signal system that's being installed, it's got fiber-optic connections to all the traffic signal controllers," Bitterman said.

Stadium Boulevard is a state road and falls under MoDOT's jurisdiction.

MoDOT engineer Mike Schupp says anytime improvements are being made there is going to be some inconvenience.

"Anytime you have a project that lasts two years it really gets cumbersome because you're like 'man we've been out here a long time,' but there was just so much hand work that had to be done out there," Schupp said.

"It's better that's fine, but you just need to wait and see when it's all done," Cordova said.

"When it's done it's going to have six lanes, three in both directions. It's definitely going to open up traffic. You're going to have dual lefts and side streets so it's gonna get a lot better I mean I promise that," Schupp said.

Schupp said the Stadium construction project is currently ahead of schedule.

He expects it to be complete sometime this fall.

Until then both the city and MoDOT ask all drivers to be patient or use alternate routes.