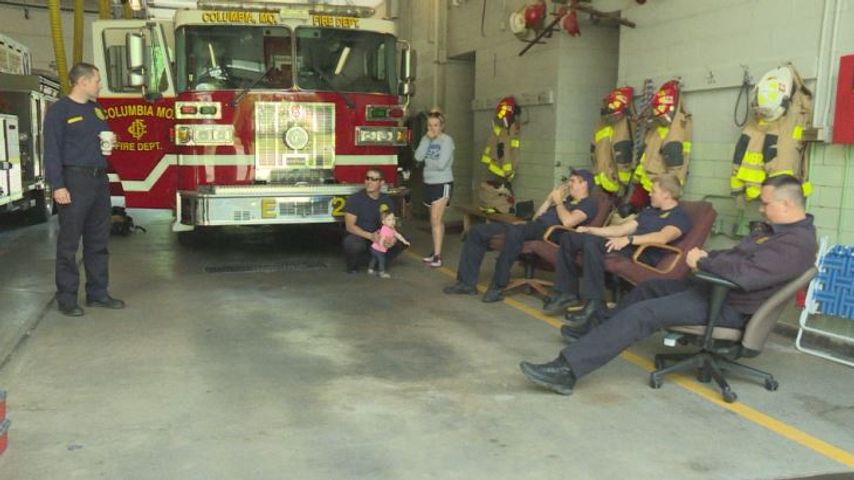 COLUMBIA — Hundreds are expected to attend an event in Columbia to pay tribute to first responders killed in the September 11 attacks and its aftermath.

The Columbia Memorial Stair Climb is taking place at Faurot Field where participants will climb 110 stories, the height of the World Trade Center.

Event director Chase Park said the event will be unlike anything he has ever experienced.

"It's a tremendous honor, its humbling," Park said. "Obviously it's quite different, just putting on a memorial climb and then doing what they did. We don't really pretend to be in their shoes as they say. We're climbing the steps of the stadium, they did their job that day, we can't ever equal that. It's just a huge honor, I think everyone, myself and everyone else on the committee is just thrilled to even have the chance to do it. And were happy that we live in a community where we've had such awesome support and everyone wants to go out there and climb with us."

The opening ceremony involves a guest speaker who responded during Sept. 11, the Honor Guard and the Boone County Fire Protection District Pipes and Drums.

First responders will climb in their full gear during the event, and they'll each have a lanyard with the name and picture of a first responder killed during Sept. 11.

As participants complete the climb, they will ring a bell and announce the name they carried.

"It's not meant to be easy," Goran said. "Obviously because we're trying to honor their sacrifice. There's a lot of hard work that they did that day. You know, going into the unknown with all their gear and everything they were carrying. Not knowing if they were coming home, most of them knowing they weren't. So for us to be able to do it and know we're still going home at the end of the day and it's just a small sacrifice to what they made. It's just all about the honor of it."

Proceeds will go to the Safety Net of Missouri, an organization that supports families of first responders killed in the line of duty, and to the Firefighter Cancer Support Network.

Registration begins around 8 a.m. and it costs $50 to climb in the event.

The opening ceremony will start around 10 a.m. and is free and open to the public.