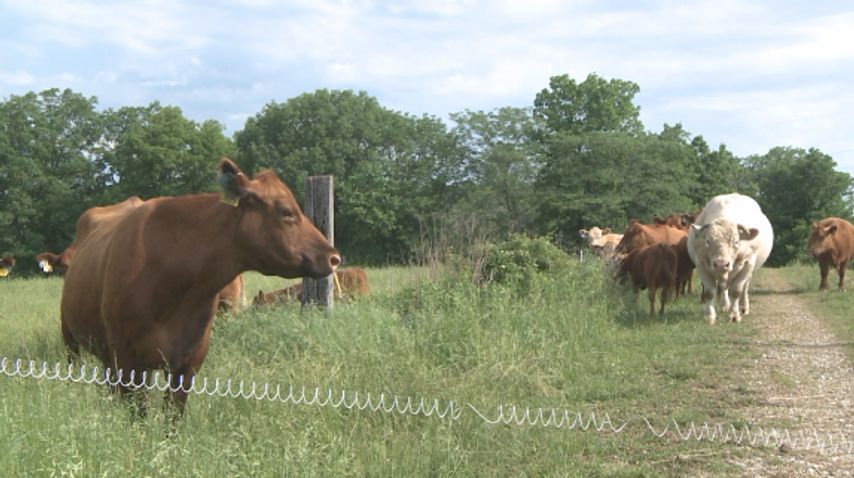 COLUMBIA - Missouri is the first and only state to define "meat" as exclusively animal product.

The Missouri General Assembly passed Senate Bill 627, which defines meat as "any edible portion of livestock or poultry carcass or part thereof." That's opposed to plant-based "meats," which go by names such as Beyond Meat, Boca Burger and Chik'n Cutlets.

The Missouri Cattlemen's Association was a large supporter of the bill. Its president, Greg Buckman, said the cattle industry has taken a hit due to the growth of the plant protein industry since consumers are not buying as much animal meat.

"For every pound of the laboratory-produced protein they consume, that's that much less meat or harvested animal products that they're eating," he said.

Beyond Meat is a plant-based protein company that has a plant in Columbia. The CEO and founder, Ethan Brown, said he finds irony in the fact that Missouri decided to pass the legislation.

"We're adding jobs in Missouri. We're using Missouri-grown technology, and yet the one state in our Union that is taking this stance is the very one that not only helped create it but is benefiting the most, from an economic perspective, from it," he said.

Buckman said the bill was important so consumers are not deceived by the packaging and marketing of plant-based protein products.

"If they get to where they can call this laboratory-produced protein source meat, steak, hamburger, whatever, then it's going to mislead the consumer."

Brown said he believes it's not misleading packaging that is attracting consumers to plant-based proteins, but health and environmental concerns.

"The type of meat we are consuming may have associations with things like heart disease, diabetes and cancer, and the consumer is seeing that," he said. "They're saying, 'Is there something else I can do?'"

Brown does not believe there will be any changes to his business because of the legislation. He said consumers "should be free to call our products what they want."

Buckman said he hopes the bill will show consumers the importance of investing in local livestock farming and will encourage consumers to look more closely at the food they are purchasing.

The General Assembly passed the legislation in May, just at the end of the regular session. Former Gov. Eric Greitens signed the bill into law on his last day in office.