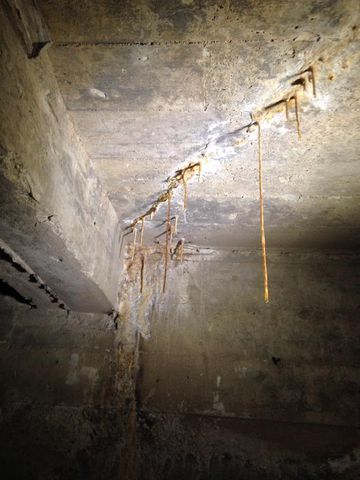 Stalactites, rusted pipes and soggy flooring are some characteristics of the water-damaged basement. Cathy Brown, of the Division of Facility Management, said the department has a plan to lessen the problem.

"We want to remove the south stairs as part of the renovation," Brown said. "Once that's done, we'll analyze the best solution for water-proofing the stairs."

Despite his past opposition to such spending, Nixon said he is fully prepared to acquire the necessary funding for a renovation project that would address the issue and help better the overall structural integrity of the building.

"What has changed is two things," Nixon said "We've retired debt for the state and the legislature has passed additional authorization for us to make strategic bond issues."

The General Assembly passed Senate Bill 723 last year, increasing the state bonding authority by $400 million. That could allow for additional future renovations, on top of repairs to the exterior stonework estimated at $40 million.

Nixon said that during the renovations, employees should expect some offices to be relocated. He also said parking areas for certain employees will have to be shifted for a period of time.