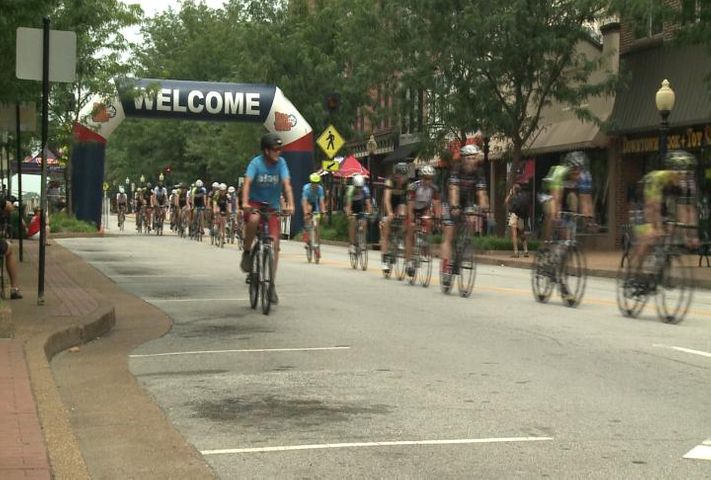 The Missouri State Championship Criterium featured eight different race categories. A criterium is a closed-course bicycle race over public roads. The course in Jefferson City was a .85-mile track around the capitol building. Cyclists raced anywhere from 40 minutes to 65 minutes. Spectators cheered as bikers rode past.

Cycle Depot co-owner Mark Allchorn said the race was good for public awareness of the sport.

"It might encourage them to think about just getting out there and getting in the saddle," Allchorn said

Allchorn also said the event didn't have an immediate effect on business over the weekend, but it might help down the road.

"You might not see something on the day or the weekend of the race or the event, but it certainly fuels passions," Allchorn said.

Cyclists in each category earned cash prizes or medals.