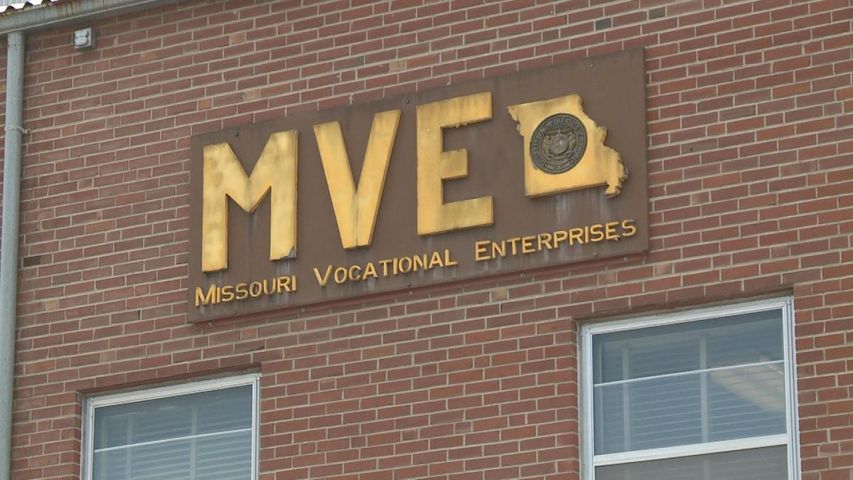 JEFFERSON CITY - A dry cleaning business run by the Missouri Department of Corrections and funded by the state is shutting down on Friday.

Missouri Vocational Enterprises is an inmate work program established "to create meaningful job training for incarcerated offenders," according to its website. MVE employs inmates from around the state to perform tasks like making furniture, weaving clothes, printing, and cleaning.

State entities, state workers - current or retired - and veterans are eligible to use the services.

"That's a small benefit that they can have their clothes cleaned at a minimum price," retired Lieutenant Colonel Clinton Buckhall said.

Buckhall said he has been using the MVE dry cleaning service on Industrial Drive once a week for more than five years.

When KOMU 8 News reached out to MVE program director John Scott, he was unable to provide any information on the closing.

Instead, communications director David Owen said in an email the dry cleaning program was "no longer financially feasible."

Statements from the Department of Corrections show the dry cleaning portion of the MVE lost $234,262.20 over the last three fiscal years.

In the past three fiscal years, the Department of Corrections appropriated an additional $7.5 million into the Working Capital Revolving Fund to make up for program losses.

When Buckhall originally heard the dry cleaner was no longing accepting drop offs after September 27, he emailed DOC director, George Lombardi asking why. Instead of hearing back from the state, Buckhall received an email from a former Jefferson City dry cleaner owner, Steve Dinolfo.

"MVEs dry cleaning program cost me hundreds of thousands of dollars," Dinolfo said in an email to Buckhall. Dinolfo declined to comment who he received Buckhall's email address from.

Dinolfo owned Dix Road Cleaners and Quality Cleaners in Jefferson City for more than ten years. He sold those businesses in 2012.

After working for the Missouri Senate Appropriations Committee as budget analyst from 1986 to 1994, Dinolfo lobbied for MVE cleaner to close. He says he gave up trying when the Department of Corrections didn't budge.

"I kind of wish I can say I was active in doing this but I unfortunately I wasn't, it just came about," Dinolfo said.

"When you're in business for yourself, competition is stiff enough without competing with someone that isn't even keeping with price increase," Dinolfo said.

Buckhall worries that the closing will only hurt those who need the help.

"You're losing the chance for the inmates to receive those skills so when they leave here we hope that they can be productive citizens and tax payers and pay back," Buckhall said.

Owen could not say how many inmates will lose their jobs but said the two civilian workers at the Jefferson City cleaner will be relocated to other openings within the MVE.

KOMU 8 News originally published this story reading Steve Dinolfo served on the Missouri Senate Appropriations Committee from 1986 to 1994. In fact, Mr. Dinolfo worked as a budget analyst for the Senate Appropriations Committee for those years. The story also stated Mr. Dinolfo sold his dry cleaning businesses in 2006 when in fact he sold them in 2012.