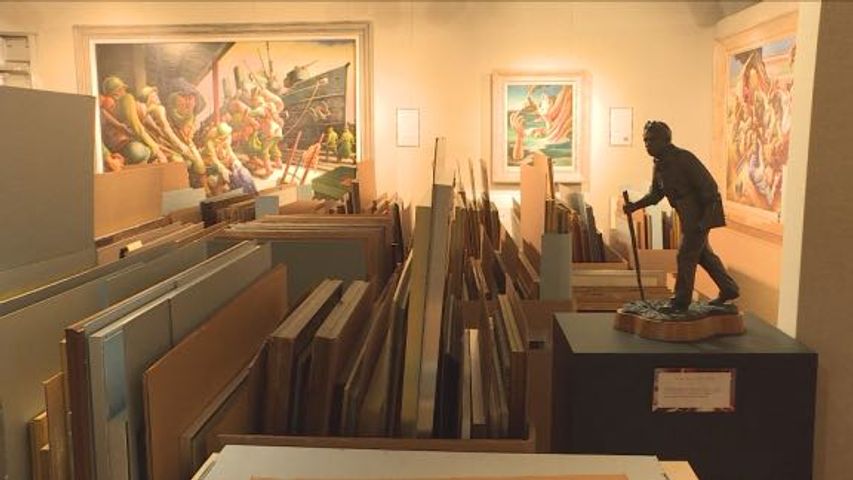 COLUMBIA - The State Historical Society of Missouri (SHSMO) is moving all of their archival material into their new building over the course of the summer. The collection has been housed in the basement of Ellis Library on the MU Campus for 121 years. The new building at 6th and Elm is tailor made to be the new home of the archives.

While the building has been in the works for a decade, just planning how the staff will move all of the material into the new building has taken almost two years.

"When you're moving, you want to make sure that everything you have gets over there, nothing is lost and nothing is damaged," Laura Jolley, assistant director of manuscripts, said. "So for two years we gave every single item in the stacks a unique number and we described what it is in a spreadsheet."

In order to keep track of what needs to go where, Jolley said the SHSMO came up with a special system.

"A color coding system. So each section of records has its own color and a designated spot on the other side," Jolley said.

The records and manuscripts aren't the only items that need special attention. Joan Stack is the SHSMO's art curator, and said moving the over 30,000 pieces of art has also taken about two years to plan for.

"You really need to take care of them the way you would a baby. So you need to have somebody with them at all times when they're moving, they need to be moved very carefully in specially created crates and boxes," Stack said.

She said there are plenty of reasons to be so protective of the state's history.

"We are being especially careful with these things because they don't belong to us so much as the people of Missouri," Stack said. "We hold them in our trust for the people and we want to protect these cultural artifacts, these national treasures."

Right now, the SHSMO is also home to the state's largest collection of oral histories, newspapers dating back to 1808, over 6 million photographs capturing life in the Midwest, rare books dating back to 1580, 12,000 Civil War manuscript pages, and maps dating back to the early 1700s.

Director Gary Kremer said his interest in history started as a college student.

"I was troubled by a lot of the current events of the 1960s. The Civil Rights Movement, the riots in the cities, and the Vietnam War, and I discovered that I couldn't understand why those things were happening without studying history," Kremer said.

He said he hopes this new space will bring others the same opportunity.

The new building will include archival and collection space, an auditorium, an art gallery, a library, classrooms, a conservation department, and the SHSMO's staff.

SHSMO will host the grand opening celebration on August 10, which is the state of Missouri's 198th birthday.