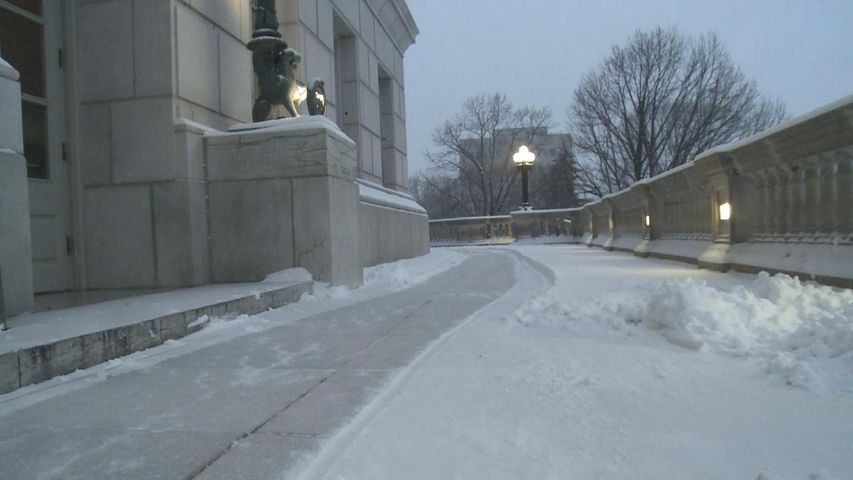 JEFFERSON CITY - While many schools and work places closed throughout Mid-Missouri Tuesday, state lawmakers worked through the snow at the Missouri Capitol.

"It seemed like we were here in force when we had our session, as always," Rep. Lindell Shumake, R-Hannibal, said.

Shumake travels about three hours to Jefferson City each week during the spring session. He said he typically rents out a room during that time, so he said he wasn't too worried about getting out early. But he said many staff left early and lawmakers did not stick around long after committee hearings were over.

Ray McCarty, president of the Associated Industries of Missouri, said he was at the capitol all day. McCarty represents trade associations and businesses throughout the state, and he said he sat through a few hearings on proposed legislation that affect businesses.

"The staff here I think went home early today, which is unusual for the capitol," McCarty said. "Usually they stay, once they're here. But a lot of the representatives were here already. So they stayed and had committee hearings even this evening."

Rep. Clem Smith, D-St. Louis County, said he stays over during the week when he is away from his district. He said he told his legislative assistant to stay home today because the road conditions were dangerous.

"We had about half the people usually here leave or not come in, and half stayed to get work done," Smith said.