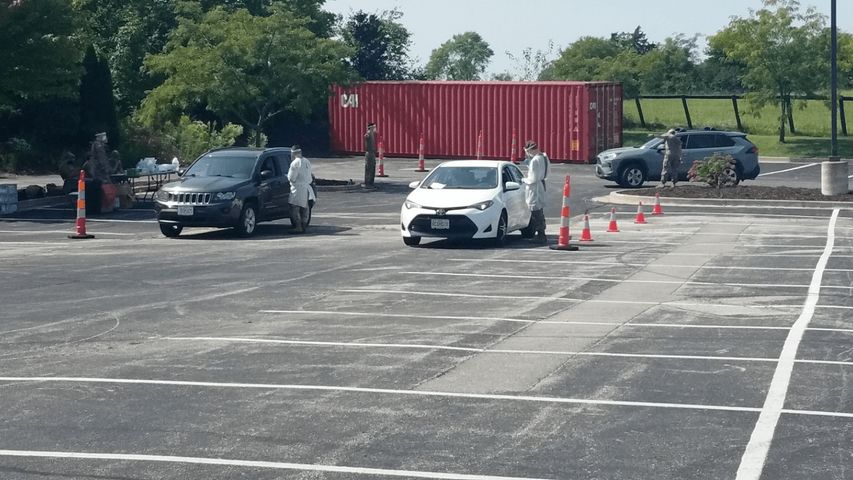 COLUMBIA - The Missouri Department of Health and Senior Services offered free COVID-19 testing to Missouri residents Monday from noon to 7 p.m. at The Crossing church.

500 tests were available to those who signed up online.

The state will offer another day of free testing Tuesday, Sept. 15 from 7 a.m. to noon. Residents do not need a doctor's referral. Participants are administered a PCR nasal test in their cars by the Missouri National Guard.

The Missouri Hospital Association's (MHA) COVID-19 dashboard showed that the state's testing numbers have been below the number recommended by the Harvard Global Health Institute.

The institute recommends a daily testing volume of 159 tests per 100,000 residents. For Boone County, this means 290 tests should be administered per day.

Boone County data from Aug. 27 to Sept. 2 showed that testing numbers were below the recommended average of 290 per day, with about 239 tests per day.

MU Health Care reported a dip in their drive-thru testing data last week due to reduced Labor Day hours. On average, 434 tests were conducted each day, compared to the 630 daily average administered during the week of Aug. 31.

Positivity rates have skyrocketed in the same time frame. Boone County has seen a positivity rate above 40 percent in the past two available weeks of MHA data.

The increase comes with the return of students to the MU campus.

The MHA dashboard does not have up-to-date information on average daily tests and positivity rates due to issues with reporting from the Department of Health and Senior Services. The Boone County COVID-19 Information Hub has experienced similar issues.