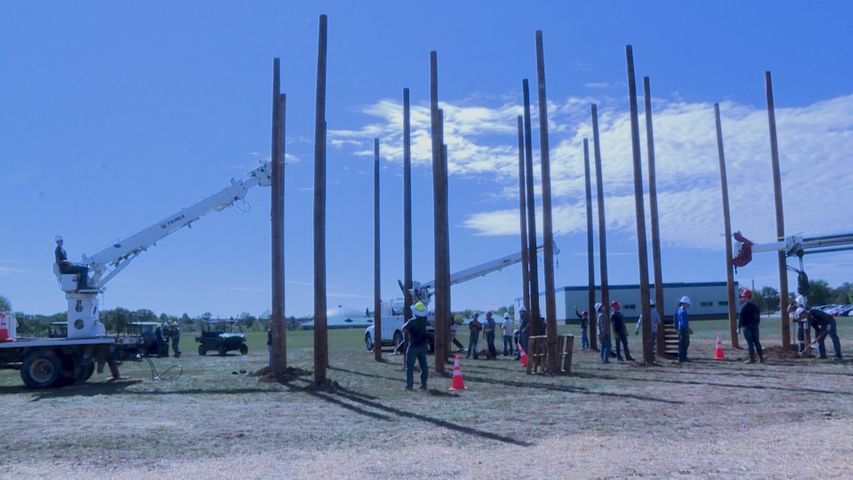 LINN - State Technical College of Missouri received a $2 million grant this week to build a facility to train electrical technicians and lineman.

State Tech officials says they have been planning to build the facility for a few years.

"It really started with an effort from private folks," State Technical College of Missouri President Shawn Strong said. "They came to us and said, 'We need this program. We need more technicians.'"

Strong continued, "So we’ve stepped up and were meeting that demand."

The facility will allow for the training of technicians in all weather elements.

"We're going to have roughly a 20,000 square-foot indoor arena," Peterson said. "We can set poles inside, we can run equipment inside, we can train business and industry inside there year round."

"This is going to bring opportunities that are going to be amazing," he continued.

A major motivator for the new program is the urgent need to replace a rapidly aging workforce.

"About 60 percent of our workforce is available and ready to retire now," Peterson said. "The long term forecast is we to start getting people into these apprenticeships now before everyone retires."

Peterson, a fourth generation lineman, has worked at State Technical College of Missouri since 2008.

He says a majority of the lineman ready to retire started working before the establishments of technical colleges like State Tech.

"They used to just go hire people right off the streets and get them out there," Peterson said. "But back in those days, if 10 people went to work five people came home - the other five people didn't make it back."

Education has been an integral part of making working conditions safer for electrical technicians and lineman.

State Tech's new facility is the next step in the education of electrical workers.