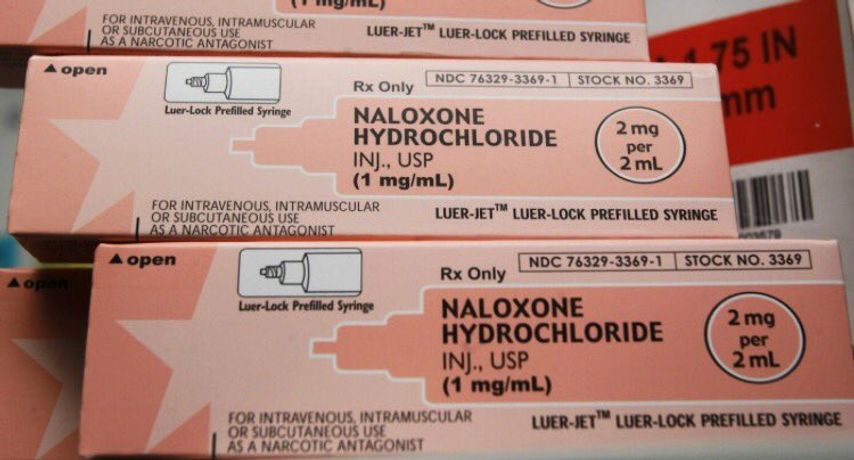 NARCAN is used for respiratory failure associated with an overdose.

Governor Eric Greitens signed an executive order in July, calling for troopers to be equipped with the anti-overdose drug.

Many other local agencies have already been trained on using and administering the drug, including the Columbia Police Department, Columbia Fire Department and Boone County Fire Protection District.

Captain John Hotz, the director of MSHP public information and education division, said with the growing national opioid epidemic, it is important for law enforcement to have and know how to administer NARCAN.

According to Hotz, a total of 908 people died in Missouri from an opioid-related overdose in 2016.

"Across the country, 91 people die a day in overdose cases. It's becoming much more prevalent. Any first responder is going to have a greater chance running into something like that," Hotz said.

Last week MSHP brought in troopers from all nine divisions, as well as their crime control division to train. Troopers have to take a roughly three-hour course and hands-on training with manikins.

Hotz said not every trooper will have NARCAN on-hand right away.

"It's going to take some time of course to bring it in. Right now we don't have enought for every trooper. What we are looking at now is getting it to troopers that have the greates chance of running into somebody that has an overdose," Hotz said.

He said troopers in larger cities such as St. Louis, Kansas City, Springfield, Jefferson City and Columbia will have first access.

Kevin Weiberg, Cole County EMS Deputy Chief, said EMS and law enforcement are in this togehther to help the public.

He said the EMS team has carried NARCAN for as long as he can remember.

"It’s good to have different tools in your toolbox to be able to help the public, whether that be anything from a fire extinguisher to narcan to bandaids," said Weiberg.

However, he warned that though this is an extremely popular drug to use, it does not work on every case. Of the 41 times the EMS has administerd NARCAN on patients this year, only 26 have been successful in reversing an overdose.

"NARCAN doesn’t work on every drug. NARCAN only works on Opioid class drugs such as your morphines, fentanyls, heroin and things of that nature. So, it’s not a catch all and do all drug. It depends how much they have in their system, immunity or if they have mixed it with another drug," Weiberg said.