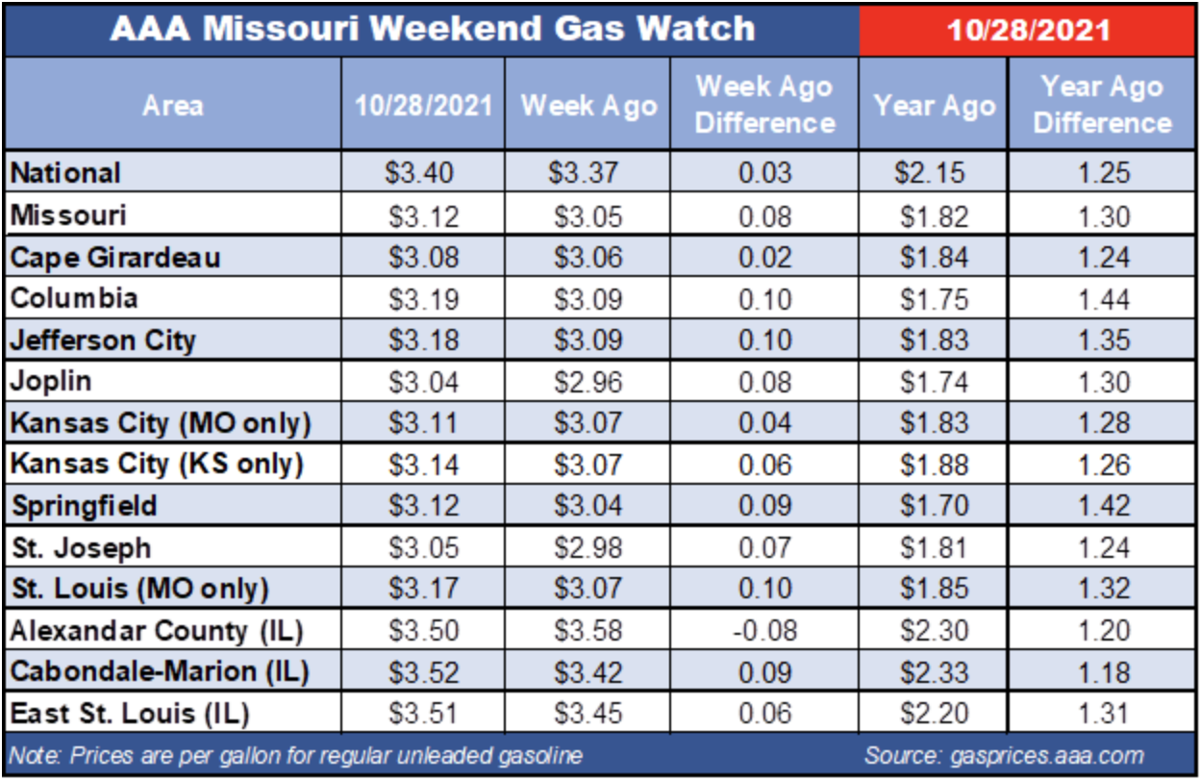 MISSOURI- Missouri's statewide average gas price is $3.12 for a gallon of regular unleaded fuel, according to the AAA Missouri.

The national average price for a gallon of regular unleaded is currently at $3.40, which is three cents more compared to this time last week and $1.25 more than the price per gallon at this same time last year, according to AAA.

According to the latest data from the Energy Information Administration from last week, the U.S. gasoline demand number decreased week-to-week by around three percent and remains higher from this time last year.

The weekly regional fuel supply numbers have decreased slightly, and Midwest refinery utilization has remained steady from the week prior.

The cost of crude oil remains the biggest reason why pump prices are not decreasing, continuing to close daily above $80 a barrel. In August, the price of crude was in the low $60s per barrel.

Recent builds in oil supply on a national level have brought the price down by about 3% at the end of formal trading on Thursday closer to the $82 mark – down from $84.

“There are many market forces that suggest pump prices may stay around these levels for a few more weeks, however, market analysts have noted a surprise build in national oil inventories which may provide some relief as we approach the Thanksgiving travel period.”

Even with gas prices and crude oil prices rising in Missouri, Missouri continues to pay the seventh lowest gas price average in the country, according to AAA.