He titled the address, "We Are Not  Done Yet." This title, according to Parson, stems from the continuation of what his administration has started in preparations to build a stronger state infrastructure. 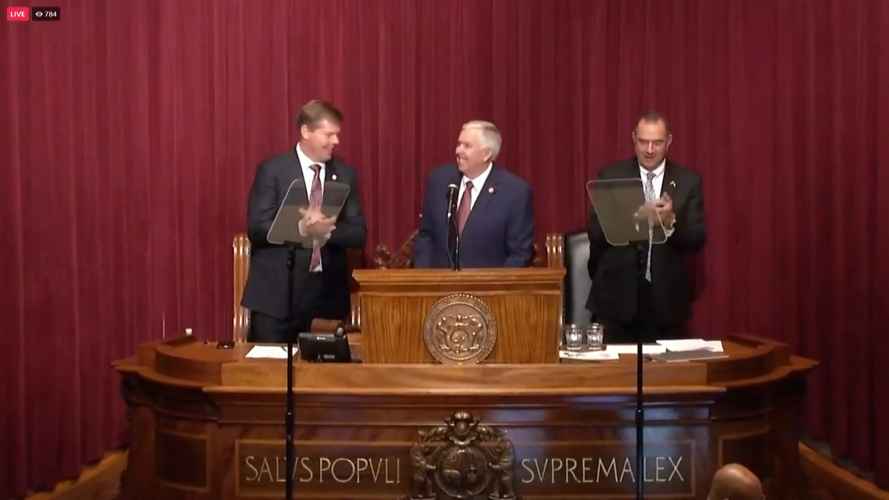 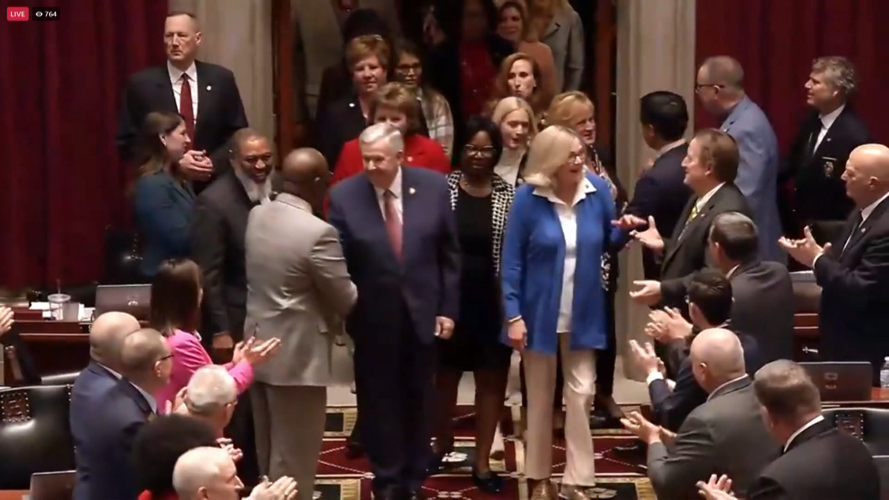 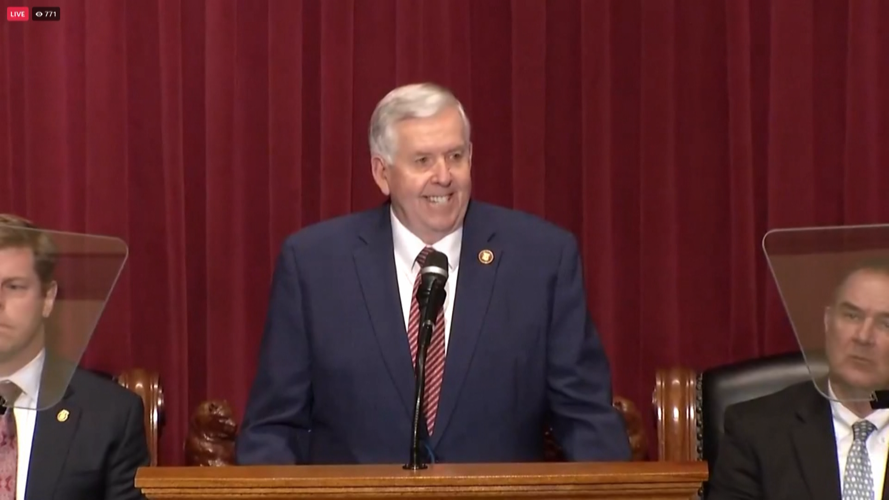 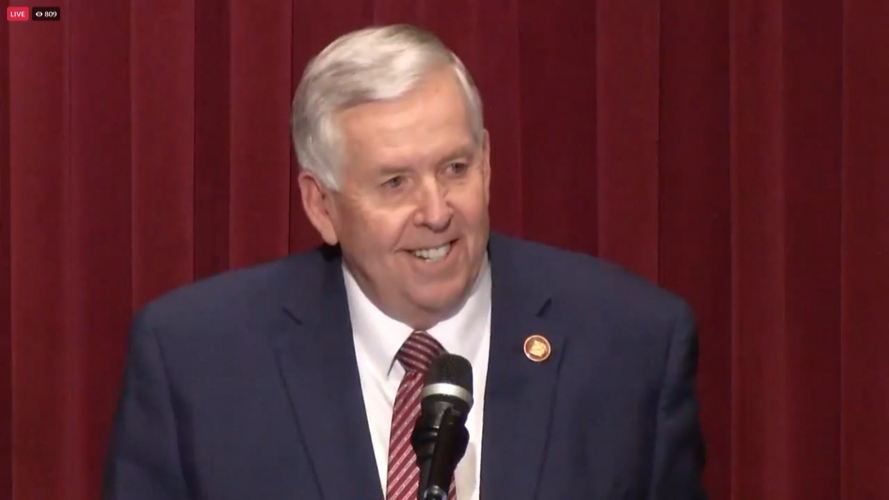 The governor recommended major investments to Missouri's infrastructure, including $250 million for broadband expansion.

Parson touched on a new $35 million program that would improve railroad crossing safety. The state would partner with local communities and railroads to improde safety at the crossings.

The governor said the June 2022 crash in Mendon that killed four people and severely injured dozens more, highlighted the need for the new program.

"While the power of the people and the goodness of their character made a bad situation a little better this time, the state must be proactive and help prevent a similar situation again," Parson said. "That is why we are including $35 million to begin updating railway crossings to modern safety standards all across the state."

Parson called on the General Assembly to make investments in widening and rebuilding the Interstate 70 corridor. His $859 million plan would expand I-70 to six lanes from St. Louis to Warrenton, Kansas City to Odessa, and extend both east and west from Columbia.

The plan will reduce congestion, traffic accidents, and delays that have brought upon many issues for commuters, Parson said.

"This is a once in a lifetime opportunity, and the time is now," he said.

There was also a strong emphasis from the governor in continuing the Teacher Baseline Salary Program that raised teacher pay from $25,000 to $38,000 per year.

"Together these supports will help serve more Missouri families by enabling more child care providers to remain in business, start their business, or expand their business," Parson said.

Parson re-emphasized the 8.7% cost of living adjustment for state employee pay through the General Assembly. This will go to help the understaffed and under-resourced facilities facilitating high-demand evening and overnight shifts.

A $2 per hour increase is also recommended for state employees working in congregate care facilities during high-demand evening and overnight shifts.

Parson requested $3.5 million to expand the state's youth behavioral health liaison program and to add 27 additional liaisons across the state.

According to data from the Missouri Department of Health and Senior Services (DHSS), Missouri ranks 44th in the U.S. for its "abnormally high" maternal mortality rate. Parson asked the General Assembly to allocate $4.3 million to implement the DHSS' new maternal mortality plan to support children and mothers.

Republican House leaders voiced their support for Parson's priorities, saying that the House is ready to work with the governor to advance policy measures.

“Governor Parson provided a clear vision for the areas we need to address and invest in to ensure a bright, prosperous future for our state. We are committed to working with the governor to find commonsense, fiscally responsible solutions that create safer communities, give our children the educational opportunities they need to become successful, productive adults, and invest in critical infrastructure improvements that will position our state for sustained growth.

“We’re proud of the work we’ve done with the governor to enact historic tax relief, provide record funding for our system of education, and support law enforcement. As the governor said, ‘we are not done yet.’ Over the next several months we will work closely together to fully vet these proposals with the goal of creating good public policy that will benefit Missourians from all walks of life and all parts of the state.”

After the address, House Minority Leader Crystal Quade held a press conference and said the rest of the Republican part needs to step up to help fulfill the governor's promises.

She also said many of these propositions came from the Democrats.

“I think this is the most we’ve stood up for a State of the State because quite truthfully I think he took a lot of the budget priorities we’ve been fighting for for so long and wrote the budget with it.”

Quade said she was hopeful for more unity. She also said Democrats clapped more than she's ever seen from a Republican governor's address.

Parson's speech, titled " We Are Not Done Yet," emphasized infrastructure, workforce and education, government reform, health and mental healt…