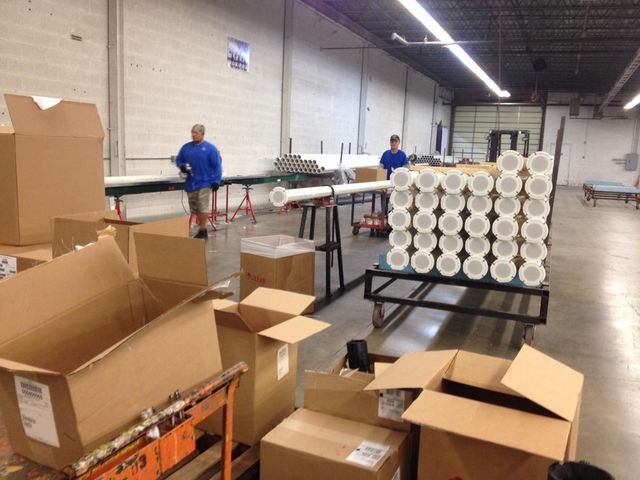 COLUMBIA - Economists predict Missouri jobs will increase by more than 40,000 between 2013 and 2015. Those numbers are from the Missouri Economic Research and Information Center.

The biggest area of growth is expected to be manufacturing jobs.

He said Boone County has actually seen a decline in manufacturing jobs.

However, not all Boone County manufacturing companies are seeing the decline in employment.

Production manager Clint Barrett from Environmental Dynamics International, a wastewater management company, said even though it has facilities overseas, it keeps the majority of its jobs right at home in Columbia.

"We pride ourselves on not having any layoffs here. We try to use the people even in those slow times," said Barrett.

Barrett said business is dependent upon the weather and EDI is entering its slowest months.

Unlike other local manufacturing companies, EDI has employees clean and paint during the cold, winter months rather than laying them off or sending jobs overseas said Barrett.

However, Barrett said although the company has not had to make any mass layoffs, it does not fill open positions after someone quits or is fired until the company is financially ready to do so.

REDI will discuss the trends at its 1st annual economic trends conference on November 21.