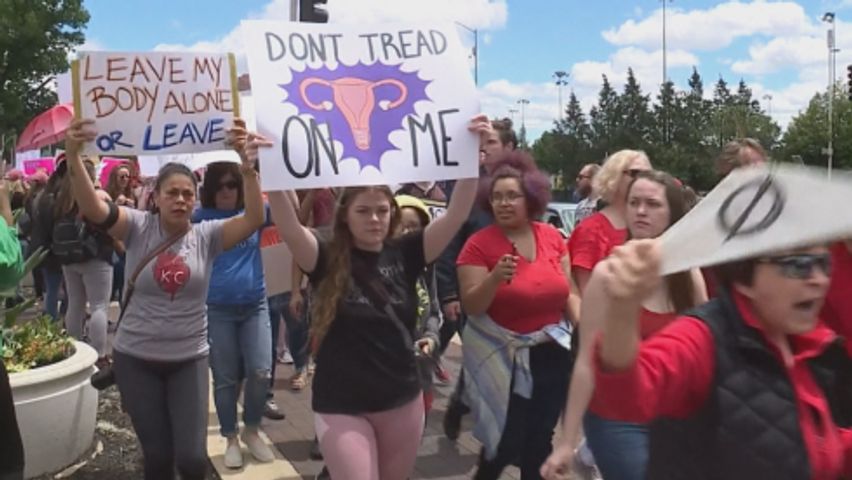 Both organizations stated their views in a press release detailing how this bill is taking away a constitutional right from women.

"Women have a constitutional right to access a safe abortion. The real agenda of these bills is to ban abortion outright. Since they can't, they are using this restrictive law to put abortion out of reach," Policy Director of ACLU Sara Baker said. "Measures like this do not end abortion, they end a woman's ability to safely obtain an abortion."

According to Governor Parson's Office, they are still trying to pick a date for an official signing of the abortion ban bill into law.

Governor Parson recently celebrated Missouri moving forward with this legislation in his tweet on May 15th.

It's time to make Missouri the most Pro-Life state in the country! Thanks to leaders in the House and Senate, we are one vote away from passing one of the strongest #ProLife bills in the country - standing for life, protecting women’s health, and advocating for the unborn.

KOMU 8 reached out to the Pro-Life organization Missouri Right to Life in Jefferson City, but the group did not return the call.

According to ACLU, the measure of the bill is designed to control women's bodies and free will.

"Missouri legislatures have chosen to legislate based on propaganda. They have made no exception for cases of rape or incest," Baker said.

Missouri Constitutional Law Professor, Rigel Oliveri, said she doesn't believe the law will really stand a chance when taken to the federal level.

"From a constitutional perspective, this law is unquestionably unconstitutional under the court's current abortion jurisprudence," Oliveri said.

If a local abortion case in Missouri was taken to the federal level, Oliveri said it could potentially not be chosen to be heard by the Supreme Court and in doing so, the ruling of the lower courts would stand and the law would be struck down.

Oliveri said the law as written appears to contain a trigger provision, which recognizes that it cannot take effect unless there is a change in federal law or court precedent.