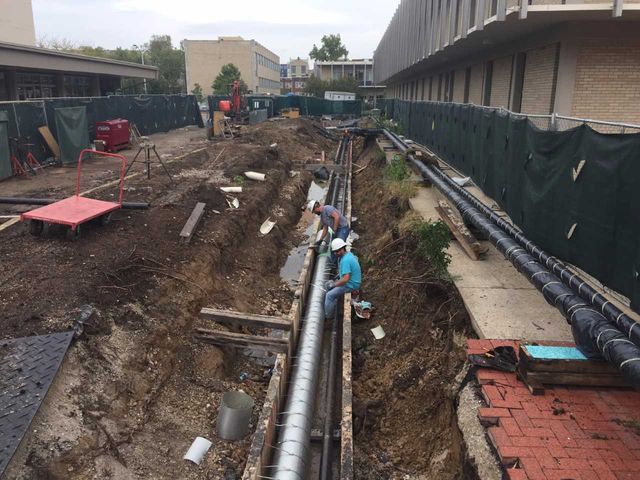 COLUMBIA - Ninth Street near the MU Campus will close next Monday, October 16 for the extension of a steam tunnel project on Lowry Mall.

“To see all the construction going on like having to take detours to classes and adjust has been kind of hassle,” MU Student Daniel Matar said. “I am sure it is all going towards fixing the school.”

Cars will not be able to access Ninth Street but one of the sidewalks will remain open for pedestrians.

“It has been really frustrating because I work really close to where they’re doing construction, so having to walk around it everyday it is just kind of an eye sore,” MU Student Traci Henry said. “It is going to be really frustrating when they close the street down as well just because the cars obviously won't be able to move through.”

Associate Director of MU's News Bureau Liz McCune says it is an extensive project but is important to make campus work.

“We want to make sure that we have hot water and heating and cooling systems in place,” McCune said. “This project will repair and replace steam lines that run under campus.”

The project was originally slated to start Sunday, October 8 but workers want to finish up a project on Hitt Street before they start working on Ninth Street.

This is the last part of steam tunnel repairs on MU's campus.