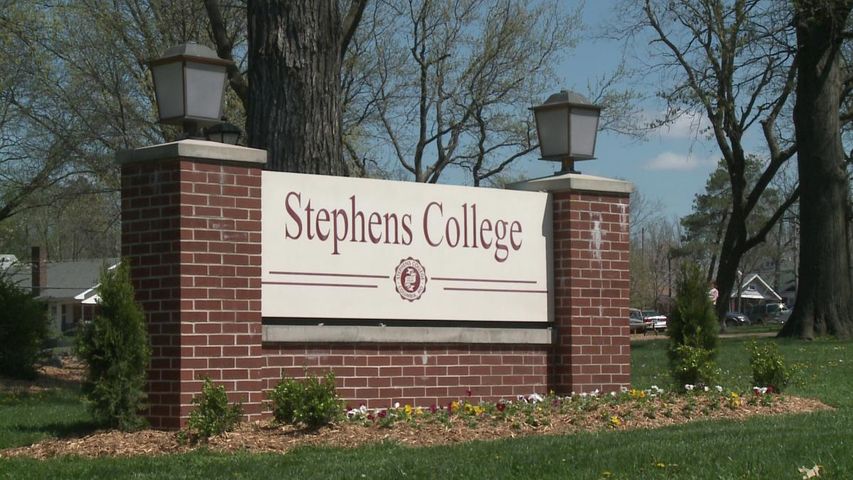 COLUMBIA - The second-oldest all women’s college in the country will now allow prospective students to define their own gender.

The school announced to its students and faculty it would be changing its admissions policy, something it has been discussing since 2014. Stephens College made the announcement via email.

Although the reaction on campus is mixed, student's are finding positive aspects of the policy changes.

“I like that trans-women are allowed here and they also accept that non-binary is a thing,” said Stephens College student Kasper Ramirez.

The announcement said the school’s policy has never considered gender, but is now expanding its definition of womanhood.

“Because the college has expanded its definition of womanhood to include both sex and gender, it is logically consistent that is also acknowledges both sex and gender in its definition of manhood. As a result, the College will stop admitting and enrolling students who were born female but who now identify as men or who are transitioning from female to male,” the statement said.

Ramirez is finishing up his freshman year at Stephens College. Ramirez is a transgender male. For Ramirez, the admissions policy change could have changed his ability to attend the school of his dreams.

“I definitely would be denied. I would probably have to find a new college, which is really upsetting because I love it here,” Ramirez said.

The email said the policy goes into effect for students admitted or readmitted at the start of the Fall 2019 semester. It said the policy change would have no effect on currently enrolled students.

But, Stephens College student Sally Russell isn't too sure all currently enrolled students would go unaffected.

“We are required to live on campus, so how are the dorm arrangements going to go?” Russell said. “If someone has male genitalia and is living within the women’s dorms, people have been really scared since a lot of people on campus have roommates and share bathrooms.”

The school said in the announcement the decision was unanimous. It said the school conducted surveys and Board of Trustees members participated in workshops, seminars, and legal presentations before making the decision. The announcement said the community interaction didn't come to a consensus and recognized the decision to change the admissions policy wouldn't make everyone happy.

Russell says the school has kept the policy change quiet since the announcement in October.

“Since the school has been so quiet about it, I feel like people haven't been able to learn about it, which has been a problem. This was announced and we've heard nothing really other than the announcement,” Russell said.

Student’s are still left with questions about what the new policy will mean. Russell said she is concerned about the feelings of women who are transitioning to male, but their happiness her main concern.

“How are they going to feel being that they're technically not supposed to be here, but they're grandfathered in,” she said.

The school attached a “Frequently Asked Questions,” document to its announcement to help clarify some of the details about the policy change. The document said students whose sex or gender identity transitions after enrollment will be allowed to finish the current semester at Stephens College.

“I think it’s a good first step, but it’s a small step and they do need to do lots of research,” Ramirez said