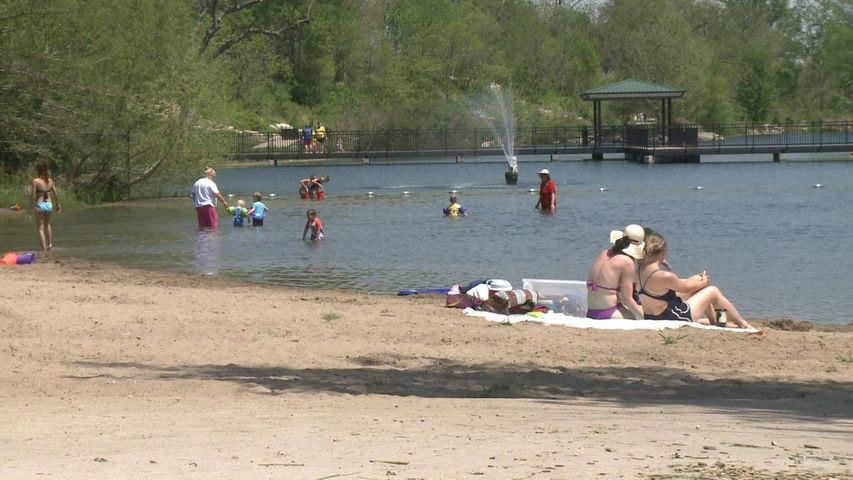 COLUMBIA - Stephens Lake Park opened to swimmers May 1, but the water will not be tested for bacteria until later in the month.

The Columbia/Boone County Department of Public Health and Human Services tests the lake water during the swimming season weekly, but the department will not collect water samples until the weather stays warm for a long period of time.

The last time inspectors tested Stephens Lake Park lake water was August 13, 2013, according to the Public Health and Human Services portion of the city's website.

Andrea Waner is the Public Information Office for Columbia/Boone County Department of Public Health and Human Services and she said the lake water tests typically happen around Memorial Day Weekend.

"At the end of May we have seen quite a bit of consistent high temperatures," Waner said. "That's usually when people are getting out of school and they have a higher inclination to want to go swim, so that's usually when we start."

KOMU 8 News spoke with a few mothers at the lake with their young children Wednesday afternoon, and all said they had just found out earlier that day the lake water had not been tested.

"I am not going to let my kids in that water," Columbia resident Soula Gallatin said. "They can play in the spray ground all they want."

When the department does test the water, a health inspector goes to collect a sample of water and brings it back to the in-house lab. The water is tested for bacteria, mainly E. coli. If the bacteria in the water exceeds a certain level, it is tested a second time. The water can be tested up to three times in a row.

The Columbia/Boone County Department of Public Health and Human Services has the responsibility to post a public notice if the amount of bacteria is over the level suggested by the Environmental Protection Agency.