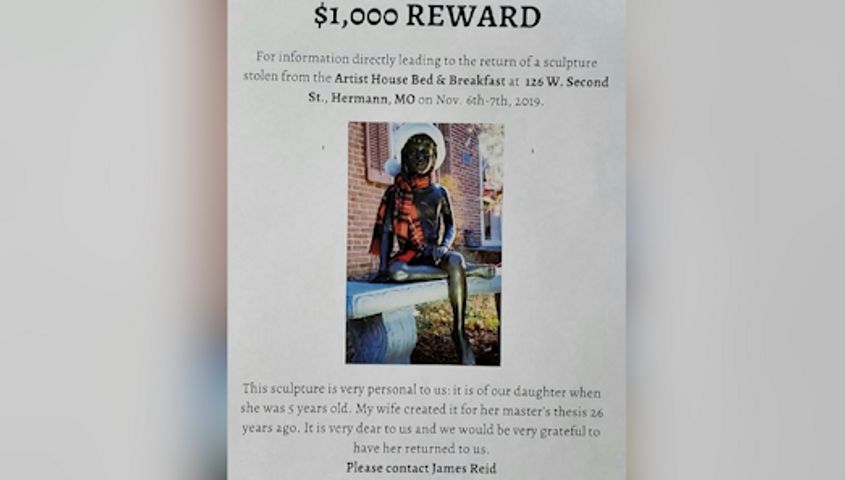 HERMANN - After a statue was stolen outside of the Artist House Bed & Breakfast in Hermann, the owners are now offering a $1,000 reward.

The statue is sentimental to the owners. Vicki Reid sculpted her four-year-old daughter Tori for her master's thesis 26 years ago. The statue was taken from their yard earlier this month.

Vicki Reid said one night she heard her dog barking, but didn't think he was warning her someone was stealing her art from the yard. That was the night of November 6th.

"I reported it right away when I discovered it to the police here in town," Vicki Reid said. "They came out right away and have been absolutely marvelous in all the efforts that they have put in trying to find her."

Some of those efforts have been reporting the missing statue to the FBI's fine arts division.

Vicki is an artist and her husband Jim is an architect. Jim owns a foundry near St. Louis, where he and their daughter Tori are working on remaking the sculpture.

But Vicki said it won't be the same.

"She is our sculpture of my daughter. We were quite proud of her to catch her. And all those little memories of that year in one little sculpture," Vicki said. "Yes, we can make more. We still have the mold. We just hope it comes back."