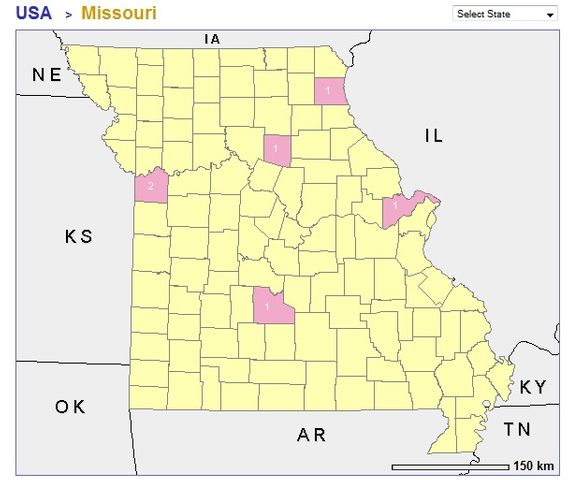 COLUMBIA - Nearly two thousand cases of the West Nile Virus have been reported across the U.S. this year, and a sixth case was reported in Missouri earlier this week.

St. Louis health officials say a 55-year-old woman was the first person with a confirmed case in St. Charles County. Last week, Laclede county reported the first fatality in the state. Jackson County has reported two confirmed cases of the virus while Lewis and Randolph counties have each reported one.

Mosquitos pick up the virus from birds they bite and then pass it along to people.

Some specialty sports shops in Columbia offer products that can help keep you safe. The Alpine Shop in downtown Columbia offers items such as bandanas that are treated with insect shield permethrin repellent. Store workers said many people buy the "ExOfficio" bandana to drape around thier necks and keep the bugs off their faces.

There are also shirts that have insect repellent woven into the fabric.

"It's the same stuff you get in the spray, but it is already worked into the fabric so you don't have to do any additional spraying," Alpine Shop employee Ben Young said. "This also lasts quite a bit longer. I think it lasts about six to eight months, so it will be effective a little bit longer. They also put this same stuff in shirts and in pants as well, so Exofficio makes a lot of that stuff."

Specialty sports shops also sell gear spray to apply to any clothing that will last up to two weeks.