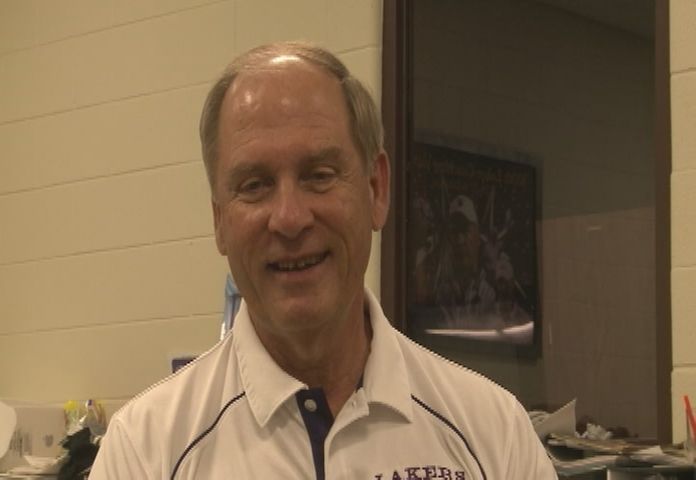 For a man who has spent 36 years at the helm of the Camdenton Lakers, Bob Shore has made more than a few tough calls.

But none were as tough as deciding to call it quits.

"When you talk to coaches, they say you'll kinda know it, and so I felt like at this time and point, if I wanted to see what being out of coaching was like, then I better try it now," Shore said.

Shore leaves behind a program that, in many ways, he built himself.

But his biggest legacy isn't the five state championships, the 367 wins or even the stadium that bears his name.  It's the thousands of purple-clad fans that fill this stadium on Friday nights, making this town one of Missouri's biggest football hotbeds.

"Our football situation at Camdenton is a family affair, and our players come back a lot, and I hope that legacy is that we develop that unity. It's something special that'll last forever," Shore said.

Joseph Saab runs a sporting-goods store that draws much of its business from Laker supporters.
He says that the city's love affair with football was also with Coach Shore.

"I think it was quite a bit of his doing. His coaching methods and his relationship with the parents as well as the students, just a phenomenal, phenomenal coach," Saab said.

Shore plans to do a little bit of gardening in his retirement.

"I might get the lawn mowed for a change one time. As my wife says, it's probably grown up to a foot high," Shore said.

But don't expect the coach to go away quietly.

Indeed, while Bob Shore may step down from coaching, he'll never step off the sideline.

Shore says he considered breaking Jefferson City's Pete Adkins' state record 405 wins.  He elected not to coach into his seventies, though, and finishes second all-time.