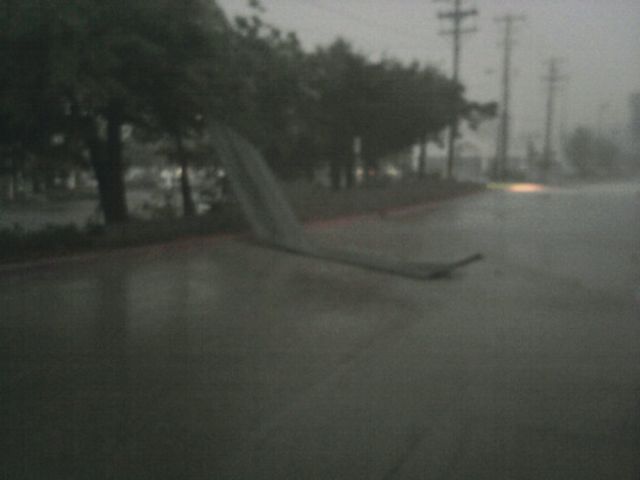 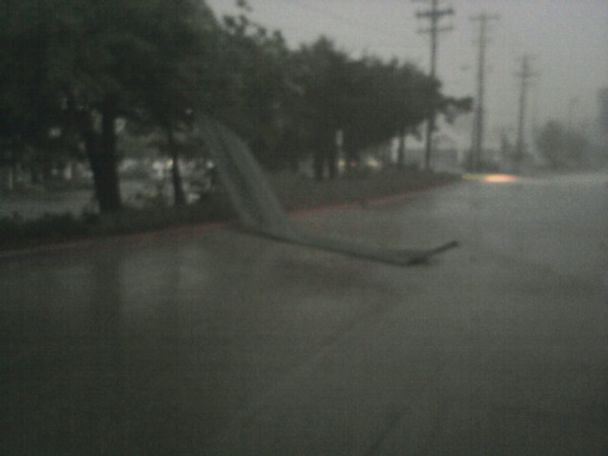 COLUMBIA - High winds, heavy rain and lightning rolled through Columbia around 7:30 p.m. Thursday, and left a part of the city near North Keene Street and Interstate 70 without power for two and a half hours.  The gusty winds blew a strip of tin about 15 feet long off the roof of Country Inn & Suites.  The fallen debris missed several parked cars and landed in the hotel's driveway.

Some of the restaurants in the blacked out zone closed for the night after the long wait to restore electricity.  One hotel continued business as usual under candlelight.  Some hotel residents, including those attending MU's graduation ceremonies this weekend, remained in the hotel lobby where there was more light.  Power was restored to businesses shortly after 10 p.m. Thursday evening.