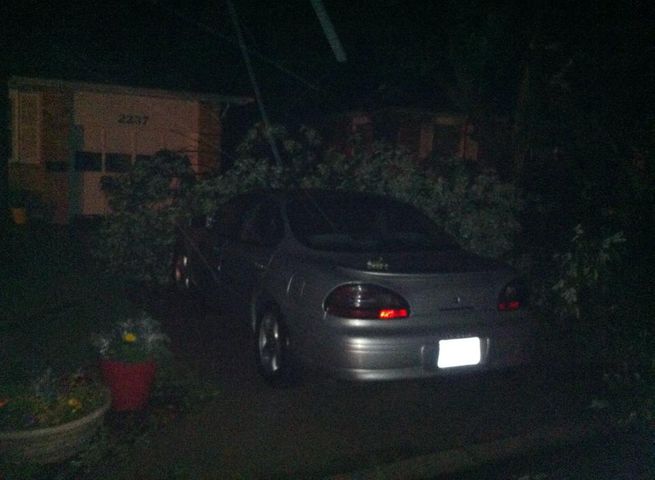 Southwest Columbia was hit the hardest. Officials from Columbia's Office of Emergency Management said large trees falling on power lines were the main cause of the outages. It says transformers and lighting did not affect the number of outages as significantly.

Columbia's Water and Light along with Ameren have been tracking customers outages throughout the morning. Early Tuesday morning about 15,000 Columbia residents were without power. That number dropped nearly in half by later in the morning.

As of 8 a.m. Tuesday about one percent of Boone County is without power, while five percent of Cooper County has none.

The strong winds shattered windows of vehicles at the KOMU news station. Meteorologist Eric Aldrich said that does and can happen with winds as low as 70 mph.