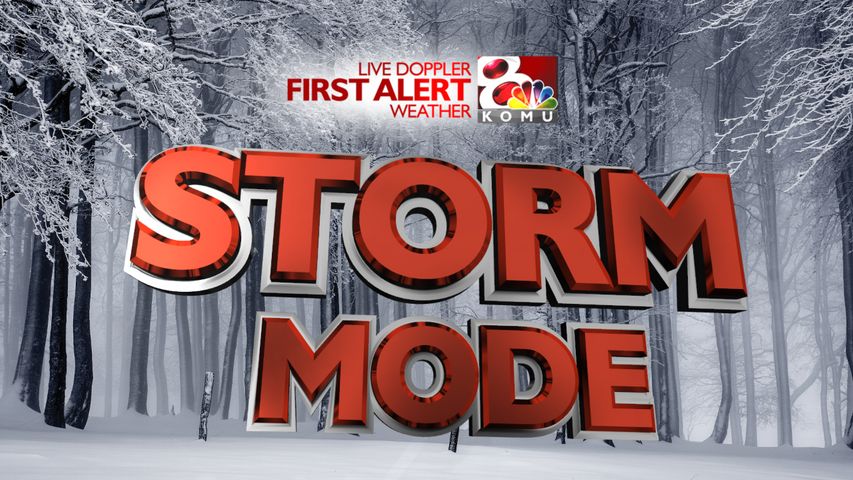 MID-MISSOURI - When the Kansas City Chiefs won the Super Bowl for the first time in 50 years on Sunday, Columbia hit a high temperature of 67º, just 1-degree shy of the record from 1992. The next day, on Monday February 3, Columbia hit 72º and broke the 130 year record of 70º from 1890. The days that will follow are expected to bring freezing rain and snow to central Missouri. You know what they say...just wait a day...

Snow is all DONE! However, snow-covered roads will still affect your morning commute. Try to plan an extra 15 to 30 minutes to clean snow off windshields and for extra driving time.

MODOT has been out this morning in attempt to clear all main roads, such as I-70, Hwy 50, 54 and 63. City streets and non-priority roads will take some time to clear today and may remain covered until this afternoon.

Thursday morning: Use caution as snow earlier in the week has left roads covered this morning. Temperatures have held in the lower to middle 20s.

Thursday afternoon: Increasing sunshine will help temps rise to near 32 degrees, but may not be warm enough for a natural snow melt...therefore, any snow melt today will mainly come from salts and treatments

Thursday night - Friday morning: A re-freeze of any earlier untreated snow melt will occur due to temps falling in the upper 10s.

Snow is all DONE! However, roads will still affect your morning commute.

Try to plan an extra 15-30 minutes to clean snow off windshields and for extra driving time. @KOMUnews pic.twitter.com/74drBaBCSN