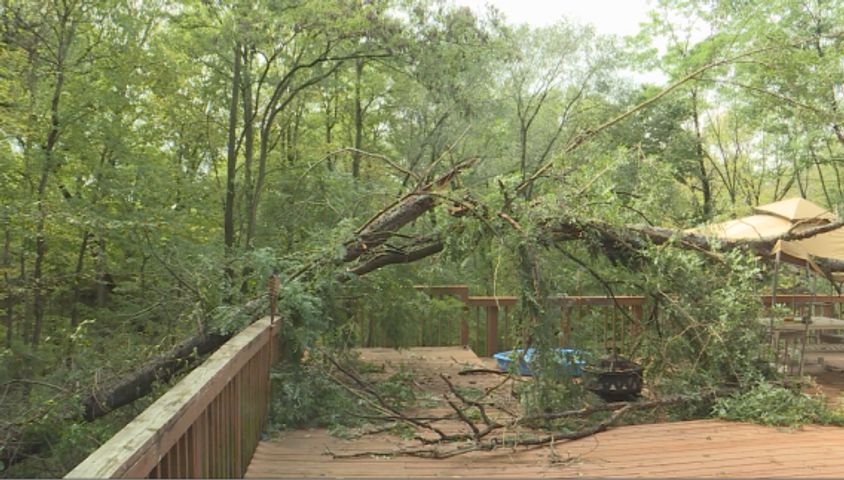 HUNTSVILLE - This week's storms dropped more than just rain. A homeowner in Huntsville woke up Wednesday morning with a tree across his deck.

Rian White said his wife woke up early, heard a noise and thought somebody was breaking into their home.

"When we got up, I was pretty shell-shocked to see it was this large of a tree and did this much damage to our deck," White said.

White said this is not the first time a tree has fallen in his yard, and he is blaming drain mismanagement by the city.

A drainage creek runs next to his home and White said changes made by the city causing water levels to rise during storms, eroding the land underneath the trees on his property.

"It's something that we've been dealing with, or trying to deal with, since they started fixing the culvert across the street," White said. "After they fixed it, it's eroded everything else along its way because the water comes through it so fast."

He said the city doesn't show any interest in addressing the problem.

"This morning, after this my wife went up to the city office again to talk to them about it and they acted like they knew nothing about it," White said. "Here we are with damage to our house and nobody is responsible for the water that runs through this ditch next to our house that's causing it to erode."

KOMU 8 News reached out to the city and a clerk said, "I have no comment at this time."

White said erosion has washed away three feet of his property.

"I'd like to have the ditch fixed and the damages fixed. If I caused the problem, I would be responsible to fix it. The city's water is responsible for it so I feel like the city should have to fix it."